When news reporting becomes the news 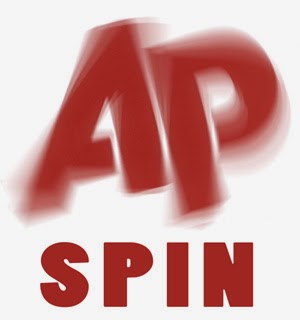 Unfortunately the Associated Press seems to have crossed a line from non-reporting of what the Castro regime does to human rights defenders and editing conversations with dissidents that seek to downplay their role in the struggle for Cubn freedom to producing an article with inaccuracies and an editorial slant in line with that of Castro's official news agency Granma.

In an interview with Hank Tester, John Suarez told the NBC6 journalist that the Associated Press report "read like communist Cuban propaganda" and that:


"It seems to be a tempest in a teapot. You had a project that was around for less than three years, maybe 2 and a few days which the purpose was to provide uncensored content to Cubans, providing avenues to express themselves is a positive thing that requires no apology."

While disagreeing with David Shipley at Bloomberg View on his views towards sanctions in Cuba, he does offer an excellent analysis of the "Cuban twitter" non-controversy:


First, this was not some kind of super-spooky deal. Not many “covert operations” get reviewed by the Government Accountability Office: As it noted last year, the U.S.'s efforts to promote democracy in Cuba “have included a greater focus on information technology, particularly on supporting independent bloggers and developing social networking platforms.” The GAO found nothing unlawful about the program.
Promoting democracy and human rights is squarely in USAID’s bailiwick -- it's right there on its website, on a page titled "Democracy, Human Rights and Governance Strategy." The idea that USAID is some kind of vestal virgin dispensing surplus wheat and well pumps ignores the “U.S.” before the AID.
None of this is to say that humanitarian aid programs should be used as a cover for intelligence programs. What the Central Intelligence Agency did in Pakistan -- use a vaccination program to try to locate Osama bin Laden -- was outrageous and wrong. But USAID’s democracy assistance programs are designed to strengthen the ability of citizens to peacefully resist and undermine authoritarian and abusive governments. In Cuba -- which has an aggressive intelligence service that actually had an agent within USAID -- a certain amount of subterfuge is necessary for those programs to be effective and to protect their intended beneficiaries.
The biggest weakness of USAID's Cuba program was that the agency wasn't prepared for its success. When the messaging platform began growing beyond easy control, the agency's concerns about disclosure and cost led to its shutdown. Maybe the agency should have put some of those government lawyers to work creating a less ad hoc structure that would have provided stable financial support while maintaining a more formal arms-length separation from the U.S. government.

Sad to see how far the Associated Press, in this article departed from its fundamental values and its "abhorrence of inaccuracies, carelessness, bias or distortions."
Posted by John Suarez at 12:47 PM