The President meets the General: Dictatorship legitimized and misbehaviour whitewashed

"The Presidents will be sitting here speaking with a General (Raul Castro) who has never been elected by the people, who arrived in power through dynastic means."  - Rosa María Payá Acevedo, April 8, 2015 in El Clarin


Today at the Summit of the Americas, President Obama made some remarks in his meeting with the 83 year old Cuban dictator Raul Castro which included the following statement:


"So I want to thank President Castro for the spirit of openness and courtesy that he has shown during our interactions. And I think if we can build on this spirit of mutual respect and candidness, that over time we will see not just a transformation in the relationship between our two countries, but a positive impact throughout the hemisphere and the world."

The contradictions and cognitive dissonance surrounding Cuba policy have reached a fever pitch at and around the Summit of the Americas. The misreading of the past half century was bad enough but now the omission of the behavior of the Castro regime during this Summit needs to be addressed.

First, the economic embargo on Cuba was not about overthrowing the Castro regime but limiting its spread in the region. Since 1977 when President Jimmy Carter engaged the Castro regime and interests sections were opened along with diplomatic outreach the policy of isolation began to crumble. This was paused for a time during the Reagan administration but took off again with the Clinton administration culminating in the 2000 handshake between Fidel Castro and President Bill Clinton followed by the opening of cash and carry trade between U.S. companies and the dictatorship. This coincided with the rise of Chavez in Venezuela.

Second, lets set the record straight, over the past week the world witnessed the rudeness and violence of the Castro regime at this international forum. The Telegraph on April 10, 2015 reported on specific incidents:

2. Cuban dissidents and international pro-democracy activists arriving for the summit of American leaders were met by pro-regime militants trying to block their access to meetings and intelligence teams watching their every move.

3. Scuffles broke out when Cuban government supporters tried to prevent Rosa Maria Paya, the daughter of a prominent dissident leader killed in a mysterious car crash in 2012, from entering the summit's human rights and youth forums.

4. Cuban ambassador was involved in a street fight, later calling the pro-democracy demonstrators "mercenaries of imperialism". The Culture Minister led a mob in a repudiation act against dissidents, including Rosa María. 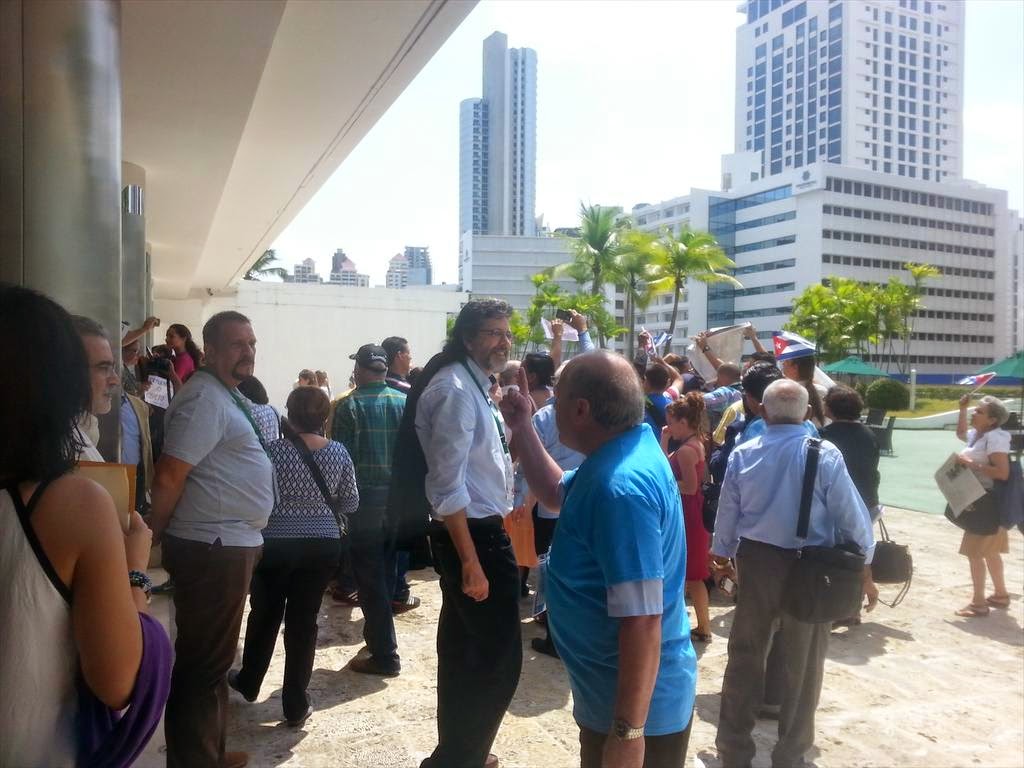 5. Fresh scuffles broke out on Friday afternoon between pro- and anti-Castro demonstrators outside the hotel where Mr Obama was about to address the summit's social forum. 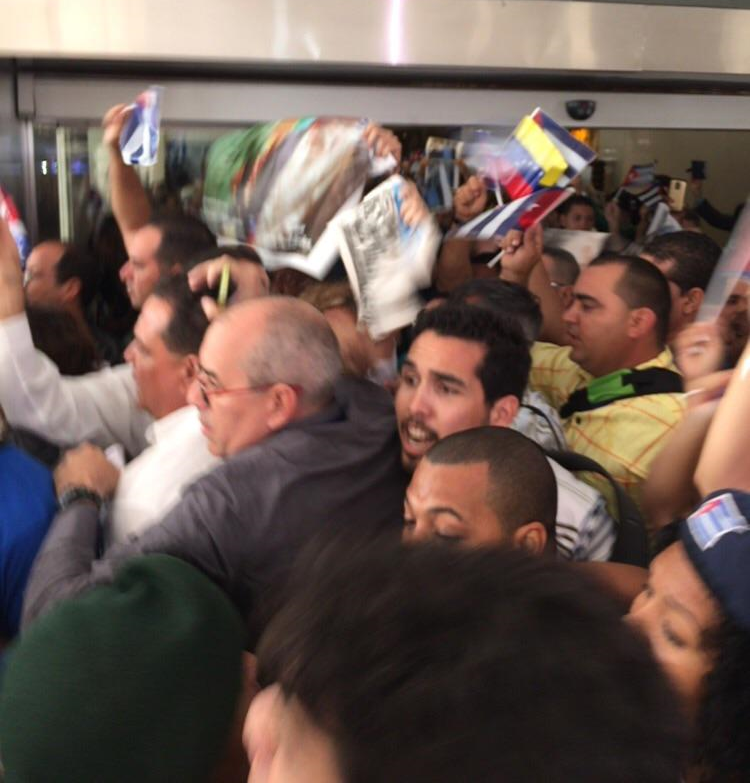 6. Democracy activists from the region argued that the intimidating behavior of Cuban regime supporters mirrored moves by Havana to help other left-leaning countries in Latin America to suppress domestic opposition.

This Panama edition of the Summit of the Americas gives an insight into the future of the region. Democracy and human rights will continue to decline in the Americas. The United States along with other remaining democracies will play some lip service while recognizing the new authoritarians and totalitarians as another example of "political diversity" and agreeing politely to disagree. This was also evident from the President's remarks today:


Now, obviously there are still going to be deep and significant differences between our two governments.  We will continue to try to lift up concerns around democracy and human rights.  And as you heard from President Castro’s passionate speech this morning, they will lift up concerns about U.S. policy as well. But I think what we have both concluded is that we can disagree with the spirit of respect and civility, and that over time it is possible for us to turn the page and develop a new relationship in our two countries.

The Castro regime has had a plan to spread its revolutionary and totalitarian project far and wide and with the arrival of Chavez in Venezuela it has reshaped Latin America. Engagement has led, in part, to a situation in which there are a number of countries with heads of state hostile to international human rights standards, the rule of law, and competitive elections that look to the Castro regime for support in order to maintain power. This is what the future of this new Obama-Castro relationship will continue to look like. To paraphrase the late Sir Edward Grey, "Democracies are being compromised all over the Americas, once they are gone we shall not see them return in our life-time."