Déjà vu: Tech firms building the perfect cage in Cuba today as they did in China in the 1990s?

"Companies like Facebook and Google must step up to combat undemocratic forces ... to stop being co-conspirators in their schemes. These companies don’t want to share responsibility or recognize that they are undermining the foundations of the free world." - Gary Kapsparov, Oslo Freedom Forum May 27, 2019

News abounds about the internet in Cuba and the latest hype is about the Cuban government "legalizing private WiFi networks" and that "internet restrictions are crumbling," but  the Castro regime's telecom monopoly, Etecsa, remains the only internet provider in the archipelago of islands.

Despite this reality their are voices that insist progress towards freedom in Cuba comes from the economic empowerment of the dictatorship while calling it euphemistically "economic democratization."

One was composed of human rights organizations and focused on recommendations to improve rights standards and freedoms in Cuba. This working group recognized the Castro regime as "the main obstacle to the free flow of information in Cuba due to its deliberate restrictions" and called for U.S. regulations to strengthen restrictions for filtering and surveillance-related technologies.

This was in stark contrast to the other.

The second was a working group composed of technology firms and industry representatives focused on modernizing and expanding Cuba's internet infrastructure. They also recommended reducing barriers to the export of U.S. technology, subsidizing with taxpayer dollars building up the Castro regime's technological foundation, and companies engaging in a dialogue with the dictatorship.

"Companies like @Facebook and @Google must step up to combat undemocratic forces ... to stop being co-conspirators in their schemes. These companies don’t want to share responsibility or recognize that they are undermining the foundations of the free world." -@Kasparov63 #OsloFF
— Jeffrey Smith (@Smith_JeffreyT) May 27, 2019


Google's troubling history in Cuba
Capitol Hill Cubans on April 7, 2016 reported the following on the presence of Google in Cuba and how engagement with the regime manifests itself:

Reports from Cuba have noted that the center has been given priority use by Ministry of the Interior ('MININT') officials and trainees. The MININT is home to Castro's intelligence services. Thus, the Google + Kcho Mor center has become a playground for Cuba's spies and future cyber-warriors. Furthermore, after passing various security checks, when regular Cubans finally get to enter the center, they are treated to censored online access. Webpages like Cubaencuentro, Revolico and 14ymedio remain blocked. Thus, Google has now officially become an extension of Cuba's censors.

This led to a coalition of independent Cuban civil society organizations gathered in Puerto Rico in 2016 to condemn Google for siding with their oppressor.


"Denounced the indifference of the company Google in violation of its code of corporate conduct and demanded that it establish a correct policy to provide wireless internet service with no censorship and without dependence on the regime in benefit of the Cuban people."

On December 13, 2016 Google signed an agreement with the Castro regime to speed up faster access to the "companies branded content."  Marta Dhanis, a news correspondent, who visited Cuba to see first hand if there has been an improvement in internet access, following Google's partnering up with the Cuban dictatorship, and talked to Cubans inside the island and authored the January 25, 2017 article, "Google entering Cuba is 'Trojan Horse' that could reinforce regime, residents say." A Cuban academic outlined what the internet was becoming in the island:


“We call the internet a ‘Trojan Horse.’ The success of this government has been possible thanks to the people’s lack of information,” said a 57-year-old retired professor who requested anonymity for fear of retribution by the communist regime. “I would have a patrol car at my door tomorrow to monitor my life,” he said. On the other hand, he and others contend, this Trojan Horse is also providing the communist regime with technology that will empower the secret police with detailed reports of the users’ searches and profiles, right down to their location.

Google is working closely with ETESCA, the Castro regime's tech monopoly (that has blocked e-mails of the Ladies in White), and the tech company is now even copying the Cuban dictatorship's strategy of blaming the U.S. embargo for their own bad actions. 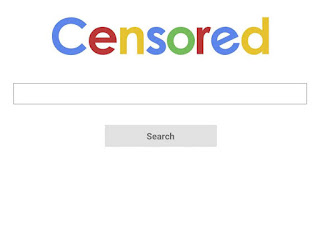 On July 22, 2017 Rosa María Payá Acevedo tweeted that CubaDecide was banned in Cuba, describing it as "the error with which Google joins censorship in Cuba."

Google's Brett Perlmutter in a tweet blamed the U.S. embargo.  Former Bush Administration official Jose Cardenas contested Perlmutter's claims tweeting "that is simply NOT true. No US regs block websites in Cuba." Mary O'Grady in The Wall Street Journal set the record straight in her August 27, 2017 column "Google’s Broken Promise to Cubans" after following up with Google and the ISP:

Mr. Perlmutter did not cite any provision of the U.S. embargo that requires the blocking of a nonprofit citizens’ initiative—because there is no such provision. On Wednesday a Google spokesperson told me “we can’t say for sure what’s causing the issue with that site but it isn’t something we’re doing on our end . . . If you want more details, I recommend you check with the ISP.”

By Friday the company was no longer blaming the ISP. Instead, Google told me—in a paradox that must be delicious for Castro—that it is Cuba Decide’s use of Google’s Project Shield that is causing the problem. The shield is offered at no charge for “news sites and free expression” against “distributed denial-of-service” attacks. When it is used, it triggers the use of Google’s App Engine even if Google is not the website’s host—which it isn’t in this case—and Cubans cannot access the site.

Google distanced itself from Perlmutter's statements saying they “do not represent an official Google position” and that the content of his tweet was made “before all the facts of the specific situation were known."

It is not only tech companies that have collaborated with the dictatorship.

European backsliding on democracy in Cuba
The European Union chose dialogue and engagement with the Castro regime and seeks now to redefine the oldest dictatorship in the Americas declaring “Cuba is a one-party democracy, in which elections take place at municipal, provincial and national level.”  The EU ignores that these are neither free or fair elections, and only municipal assemblies offer a choice of more than one candidate per office (but no campaigning or dissenting candidates that depart from the official line).

All of this should give one a sense of déjà vu. "Those who cannot remember the past are condemned to repeat it," observed the Spanish scholar, George Santayana. What many  would like to do in Cuba today was tried in China before.

Déjà vu
Both Europe and the United States normalized the communist dictatorship in China, and agreed on a policy that subsidized and guaranteed investments in China beginning in the 1970s. Furthermore technology firms and industry led the way collaborating with the Chinese regime in developing ther internet  on the Chinese mainland with the argument that "economic democratization" would lead to political democratization.

China Education and Research Network's January 1, 2001 article on "Evolution of Internet in China" reveals the origins of China's Internet in the early 1990s when it was known as the Chinanet. In September of 1994, China Telecom and U.S. Secretary of Commerce Ron Brown signed a Sino-American Internet agreement. Under the agreement, China Telecom would open two 64K dedicated circuits in Beijing and Shanghai, respectively, through Sprint Co. of the United States.

During a debate over the Export-Import Bank in the U.S. Congress in 1999 it was revealed that the People’s Republic of China received billions in credits and this practice continued and expanded into the 2000s. This government subsidized trade guaranteed by the US taxpayer helped to modernize and empower Chinese totalitarianism.

Who Lost China?
Ethan Gutmann answered the question "Who Lost China's Internet?" in 2002 in The Weekly Standard with some unpleasant facts:


"In China, the government had a unique problem: how to keep a billion people from accessing politically sensitive Web sites, now and forever. . . .To force compliance with government objectives—to ensure that all pipes lead back to Rome—they needed the networking superpower, Cisco, to standardize the Chinese Internet and equip it with firewalls on a national scale. According to the Chinese engineer, Cisco came through, developing a router device, integrator, and firewall box specially designed for the government’s telecom monopoly.

Not be left behind in the race to engage with Chinese totalitarians were Yahoo, Google, and Microsoft who cooperated with the Chinese Communist regime in screening out search terms such as freedom, democracy, human rights or anything connected with the 1989 Tiananmen Square protests. Meanwhile AOL, Netscape Communications and Sun Microsystems disseminated government propaganda backing China Internet Corp., part of the state-run Xinhua news agency. 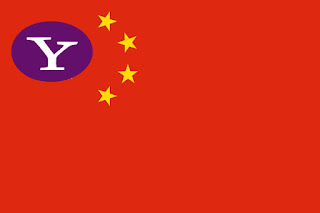 U.S. Tech Companies' repressive role in China
Nortel provided wraparound software for voice and closed-circuit camera recognition, technology that the Public Security Bureau put to good use, according to the Chinese press. Others, according to Reporters Without Borders, such as Yahoo, served as "police informants" identifying dissidents who use the internet to access pro-democracy information or express an opinion to the Chinese authorities.

Many ended up imprisoned, tortured, or dead. For example both Wang Xiaoning (arrested in 2003) and Shi Tao (arrested in 2005) served 10-year prison sentences in China, and sued Yahoo. Wang Xiaoning because Yahoo provided information that led to his arrest in September 2003 and torture by the Chinese government. Shi Tao joined the lawsuit on May 29, 2007. According to USA Today, “Yahoo has acknowledged turning over data on Shi at the request of the Chinese government.”

Amnesty International identified 33 prisoners of conscience who had been detained in 2001-2002 for using the Internet to circulate or download information. Three have died while in custody and they are: Chen Qiulan age 47 female detained on July 2001 and died in custody on 24 August 2001; Li Changjun age 33 male detained on May 16, 2001 on a charge of subversion and died in custody on June 27, 2001; and Xue Hairong (age unknown) male detained on March 1, 2001 and sentenced to 7 years in prison reportedly died of leukemia while in custody on March 22, 2001. Amnesty International hasn’t been able to independently confirm the information about his death or if he had access to medical treatment.

Yahoo settled the China torture lawsuit in November of 2007.


Thirty years after the Tiananmen Square massacre and twenty five years after the internet was opened up in China the youth "have large blind spots in their knowledge of the world and their country" and this includes the events that took place during June of 1989. Some media accounts have described it as amnesia. Chinese students studying abroad, after learning what happened, took the brave stand calling for transparency in 2015.

Sadly, these students have far more courage and moral stature than U.S. tech firms. In April 2019 Apple censored music to comply with Chinese government censors, including a song with lyrics that referred to the 1989 Tiananmen Square protest.

Technology firms and industry representatives did in China what they are looking to repeat in Cuba. Cooperate and collaborate with regime authorities while modernizing and expanding the technological infrastructure on the island within the regime's monopoly.

This has not led to more freedom but a more perfect totalitarian regime with the technological capability to erase history in a manner reminiscent of George Orwell's 1984.

Let us not repeat this failure in Cuba.