Brigade 2506, the Bay of Pigs at sixty and some historical context.

"It doesn't take a hero to order men into battle. It takes a hero to be one of those men who goes into battle." - Norman Schwarzkopf 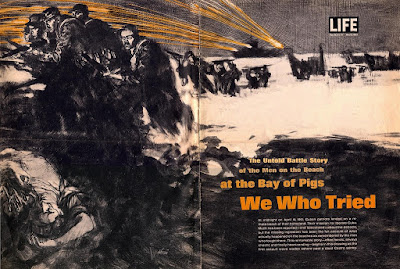 Sixty years ago Brigade 2506 members invaded Cuba seeking to end the communist dictatorship then being consolidated by Fidel Castro. Before the world knew what was going on in Cuba, these Cubans tried to prevent these 62 years and counting of horror under the communist dictatorship of the Castro brothers. Outnumbered and outgunned they fought between April 17-19, 1961 and one hundred and four Brigade 2506 members died fighting to liberate Cuba, and eight were executed by firing squad. Most Brigade members were captured and spent 22 months in prison before a ransom was paid for their release.

Cuba's last legitimately elected president, Carlos Prio Socarras, was voted in by Cubans in free and fair elections on July 1, 1948 and assumed office on October 10, 1948. He was a democrat, who respected civil liberties, and presided over years of prosperity and freedom for Cubans. President Prio Socarras belonged to the Autentico Party and succeeded Ramon Grau San Martin, another member of the same political party in the Cuban presidency. On his watch Cuban diplomats played an important role in the drafting of the Universal Declaration of Human Rights. President Carlos Prío Socarras and his wife Mary Tarrero de Prío went into exile in Miami, but his struggle for a democratic Cuba did not end there. He would be arrested on more than one occasion accused of smuggling arms to rebels in Cuba seeking to overthrow Fulgencio Batista.

Cuba's last constitutional president announced his plan to return to the island as early as 1955 and did so during a brief "amnesty" in 1956 only to be expelled at gunpoint a short time later. Prío Socarras would return again in January 1959 when Fulgencio Batista fled power. The Castro brothers and their guerillas promised to restore democracy obtaining the support of the United States. Behind the scenes, despite their public claims, the revolutionaries began immediately consolidating power and marginalizing or disappearing anti-communists from their ranks such as Huber Matos. Publicly, beginning in January 1959 they began broadcasting the public execution of regime opponents by firing squads. 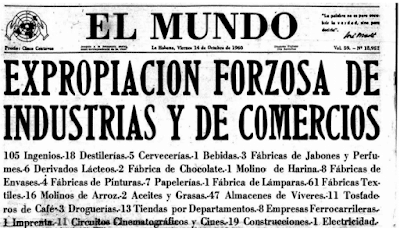 In March 1960 radio stations were seized by the revolutionary government in Cuba, this was followed by the taking of newspapers in May 1960. In July 1960 all U.S. businesses and commercial property in Cuba were nationalized at the direction of the Cuban government. In September 1960 the Committees for the Defense of the Revolution (CDRs) were established throughout Cuba and the close surveillance of all Cubans began. In October 1960 Cuban-owned large and middle sized private enterprises nationalized and all rental properties seized, along with commercial bank accounts. What remained were small and micro enterprises.

President Carlos Prío Socarras departed for exile again in December 1960 as the Castro government turned into a communist military dictatorship. Cuba in the span of two years had transitioned from an authoritarian regime to a totalitarian communist one. It was in this context that Cuban exiles joined Brigade 2506 to overthrow the communist dictatorship in Havana. 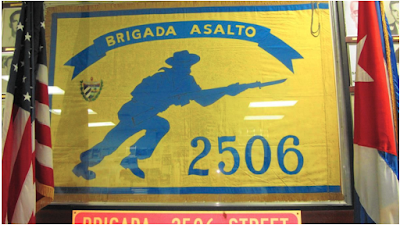 Barbara Gutierrez of UNEWS at the University of Miami interviewed Eduardo Zayas Bazán and on April 14th published the article "Cuban exile reminisces about the Bay of Pigs invasion" that described the stakes confronted by these young Cuban exiles in 1961: "When he was 25 years old, Cuban exile Eduardo Zayas Bazán, fearful that his homeland would forever remain under communist rule, made a fateful decision. Leaving behind his young wife and 2-month-old son, he enlisted in a CIA-led mission to secretly invade Cuba and defeat the Castro regime."

They risked life and limb to liberate their homeland, and over a hundred died in the venture, and hundreds more suffered imprisonment as prisoners of war between April 1961 and December 1962.

In the short term the failure of the Bay of Pigs invasion led to Soviets, perceiving American weakness, deploying dozens of medium-range nuclear missiles within striking range of the entire United States, and the subsequent Cuban Missile Crisis that brought the world to the brink of nuclear holocaust egged on by Fidel Castro in October 1962. 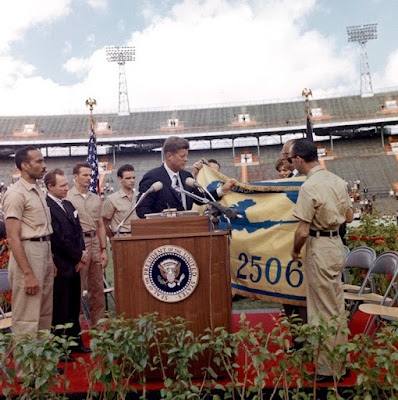 On December 24, 1962, captured prisoners of war of the Brigade 2506 were released from Castro’s prison and flew to Miami. Five days later on December 29, 1962, President John Kennedy and First Lady Jacqueline Kennedy met with the Bay of Pigs veterans, and over 40,000 Cuban exiles at the Orange Bowl. On that day the returning soldiers gave President Kennedy the flag of the Brigade and the President pledged that the Brigade flag was to “fly again in a free Havana.” Less than a year later on November 22, 1963 President John F. Kennedy was assassinated in Dallas, Texas by pro-Castro activist Lee Harvey Oswald.

Over the long term the Castro dictatorship has been in power for 62 years and has successfully exported its "model" to Nicaragua and Venezuela spreading misery and terror to millions more while sponsoring revolutionary terror around the globe.

Sixty years after the Bay of Pigs, and the courageous sacrifice of the Brigade 2506 members, and the haunting question remains: "How much better would Cuba and the wider region be today if Castro had been overthrown in 1961?"