And behold, one of those who accompanied Jesus put his hand to his sword, drew it, and struck the high priest's servant, cutting off his ear. Then Jesus said to him, "Put your sword back into its sheath, for all who take the sword will perish by the sword. Matthew 26.51-52

Mohandas Gandhi said that "it is a first-class human tragedy that peoples of the earth who claim to believe in the message of Jesus, whom they describe as the Prince of Peace, show little of that belief in actual practice."
The essence of Jesus's message is found in his Sermon on the Mount, and it moved Gandhi greatly, and he embraced it. Mohandas Gandhi quoted those lines from the Sermon in his autobiography.

For a bowl of water give a goody meal;
For a kindly greeting bow thou down with zeal;
For a simple penny pay thou back with gold;
If thy life be rescued, life do not withhold.
Thus the words and actions of the wise regard;
Every little service tenfold they reward.
But the truly noble know all men as one,
And return with gladness good for evil done.

This video contains audio and text of the entire Sermon on the Mount.

Thankfully, Gandhi was mistaken and some of the people who believe in the message of Jesus of Nazareth demonstrate that belief in actual practice as did a group of Catholic Monks in Algeria in 1996 now made known to the world in the film Of Gods and Men. Others continue to do so today around the world.

What better day than Good Friday to reflect on those who took up the cross and followed and continue to follow Jesus? James Morris Lawson Jr.is 92 years old and has spent a life time following Jesus and continues to do it today. He is a Methodist minister, and a nonviolence practitioner.

Reverend James Lawson, prepared students for nonviolent action at a Fellowship of Reconciliation workshop  over half a century ago where he revealed its fundamental Christian nature.

"When you are a child of God... you try thereby to imitate Jesus, in the midst of evil. Which means, if someone slaps you on the one cheek, you turn the other cheek, which is an act of resistance. It means that you do not only love your neighbor, but you recognize that even the enemy has a spark of God in them, has been made in the image of God and therefore needs to be treated as you, yourself, want to be treated Jesus is very clear about this: "do unto others as you want others to do unto you." — which is a rather powerful ethic for personal relationships, regardless of whether family or school or community or nation."

The documentary "A Force More Powerful" is about non-violence, and its power to change the world over the past century. It is worth noticing that faith and belief played a major role in these movements that achieved positive and lasting change.

Reverend Lawson is featured in the documentary and has been called the "architect of the civil rights movement." The good Reverend observed that “if you want to understand King, you must look at Jesus.” The message of Jesus and the example of what he went through on Good Friday, and the manner in which he did it is a powerful study in nonviolence, of taking on suffering, while forgiving your enemies. 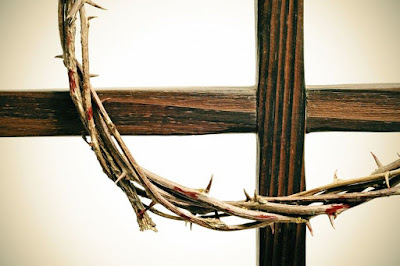 "You have learnt how it was said: 'Eye for eye and tooth for tooth.' But I say to you, Offer the wicked man no resistance. If anyone strikes you on the right cheek, turn the other also; if a man takes you to law and would have your tunic, let him have your cloak as well. And if anyone orders you to go one mile, go two miles with him." Matthew 5.38-41