A Christmas Miracle: The End of the Soviet Union

"My religion is based on truth and non-violence. Truth is my God. Non-violence is the means of realising Him. " - Mohandas Gandhi

Thirty years ago, on December 25, 1991, a regime born in 1917 and formerly named in 1922 came to an end. The Union of Soviet Socialist Republics (USSR), or as it was also known, the Soviet Union, was formerly brought to an end on Christmas day and replaced by the Commonwealth of Independent States. The last day of the Soviet Union was on Christmas day. Let that sink in for a moment.

Now there are those who claim that the world is a less stable place without the Soviet Union, and Mikhail Gorbachev claims that it could have been reformed. Academic Stephen F. Cohen goes further and quotes approvingly both Putin and Mikhail Khodorkovsky with the adage: "Anyone who does not regret the breakup of the Soviet Union has no heart. And anyone who thinks it can be reconstructed has no head." Vaclav Havel, a man who had both head and heart, understood why this kind of regime was so profoundly inhuman: "As soon as man began considering himself the source of the highest meaning in the world and the measure of everything, the world began to lose its human dimension, and man began to lose control of it."

The optimism expressed by Gorbachev and the nostalgia of Cohen fails to take into account the human cost of the USSR. The Soviet Union took the lives of an estimated 61 million human beings. It was a brutal and evil system that allied with Nazi Germany to start WW2 in 1939, and afterwards spawned other brutal regimes around the globe that claimed over 100 million lives. Their lives mattered. Vaclav Havel, in his 1990 New Years Speech, called on his countrymen not to forget:

The number of lives lost is only the material accounting and does not take into account the spiritual ruin visited upon billions and its aftermath to the present day. The late Czech president  explained it in the very same address.

The destruction, both material and spiritual, generated by the Soviet Union over seventy years will take centuries to repair and transcend. That hard truth may not be cause for celebration, but the end of the system that wreaked so much damage is cause for celebration, not regret. To do otherwise is to be heartless. The fact that it happened without violence on Christmas Day in 1991 is also cause for joy.

Sadly, the largest remaining communist regime, the Peoples Republic of China, remains in power and continues to do harm around the world with the aid of smaller communist powers (Cuba, Laos, Nicaragua, North Korea, Venezuela, Vietnam, and their networks). The Chinese Communist Party celebrated the 100th anniversary of its founding in 2021. It is a tragedy that they did not go the same way as the Soviet Union in 1991.

Time to pray and work for a new miracle in China

Over 5.4 million people have died due to a pandemic unleashed by the communist dictatorship in Beijing. However, this is a small number for the Communist Chinese Party that has killed more than ten times as many Chinese people to advance communist policies in China alone.

People of goodwill must continue to work for and pray for the day that a second miracle can be celebrated with the the end of communism in China, and a new dawn of freedom around the world. 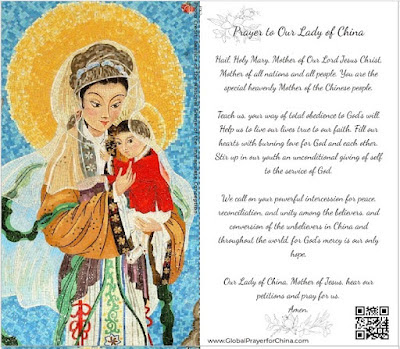