American children's author, Theodor Seuss Geisel, better known as Dr. Seuss brought the Grinch into existence in 1955, and wrote about How the Grinch Stole Christmas in 1957. In  the story the Grinch, a creature covered in green fur, decides to stop Christmas from coming. He does this by dressing up like Santa Claus then proceeds to expropriate all of the presents, the Christmas tree, and the food for the Christmas feast among those observing the holiday.

Although not covered in green fur, Fidel Castro dressed in a green camouflage uniform throughout his dictatorial rule. He claimed to be a force of liberation, but in short order began expropriating everyone's property, mass executions, and turned the country into a vast prison. In the case of Cuba children were familiar with the Three Kings, and propaganda murals portrayed Mr. Castro and other revolutionaries in that light. 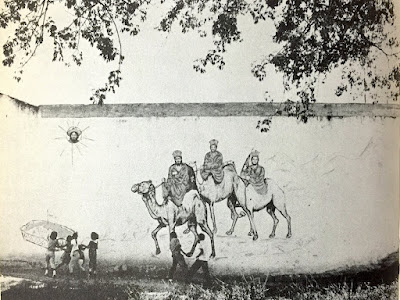 The Independent (Ireland) in 2017 had Fidel Castro on the short list of Grinch like figures who were sworn enemies of Christmas, and there is reason for the comparison.

Fidel Castro canceled Christmas in 1969 under the pretext to prevent work shortages for the 1970 ten million ton sugar harvest but continued the ban through 1997. The Cuban dictator would send mobs to intimidate Cubans who attended religious services. Three Kings Day and Easter were also abolished.

Priests who stayed behind often paid a terrible price.

In 1976 the Castro dictatorship adopted a constitution which turned Cuba into an atheist state.

Unlike the Grinch, Fidel Castro did not restore Christmas due to a change of heart.  It took 29 years and a Catholic Pope leveraging the old dictator.

Pope John Paul II negotiated for the return of Christmas as an official holiday in Cuba in conversations surrounding his 1998 visit to Cuba.

Cubans were finally no longer subjected to state repression for observing Christmas, and began to be officially observed on December 25, 1998.

Despite the formal return of Christmas, repression still takes place over the holidays on the tropical island.

State Security does not go on holiday.

Ten years ago, on Christmas day 2011 three Ladies in White Leticia Ramos Herrería, age 42, Sayma Lamas, age 43, and Elizabeth Pacheco Lamas, age 20 were beaten up and detained by state security agents. The secret police punched and kicked the women and stopped them from attending Christmas Mass.

Cuban independent journalist and labor activist Iván Hernández Carrillo in a series of tweets on January 5, 2017 reported on repression against Lady in White Leticia Ramos Herrería and her family in order to prevent them giving toys to children on January 6, 2017:


Combined forces of the national police and secret police raided the home of Lady in White Leticia Ramos this morning (tweeted on January 5th at 1:53pm). Armed forces confiscated the toys that were in the home for Three Kings Day in Cárdenas, Matanzas (1:54pm). In the raid they brutally beat up Randy Monteoca and Alexey Ramos son and brother of the Lady in White, were also arrested (1:55pm). Since this morning the situation of Lady in White Leticia Ramos is unknown, her mobile phone is off or outside the coverage area (6:14pm).  This morning at 11:05am Iván Hernández Carrillo tweeted that "Leticia Ramos and her son Randy Monteoca released yesterday afternoon, the latter with a 2,000 peso fine.

This state security operation was not taking place in a vacuum.  Not only were human rights overall in serious decline in Cuba, but religious repression in 2016 reached levels not seen since 1992.

The Office of Religious Affairs (ORA), an arm of the Central Committee of the Cuban Communist Party, continues to oversee religious affairs in Cuba, and exists to monitor, hinder and restrict religious activities.

Meanwhile,the repressive apparatus continues to grind on destroying Cuban lives. Over 90 Cubans have been subjected to political show trials between December 13th and December 23rd.

CiberCuba reported today on the condemnation of a father and daughter present during the July protests.

Fredi Beirut Matos, (age 64), and his daughter, Katia Beirut Rodríguez, (age 36), both witnessed the killing of Diubis Laurencio by police, in Havana, were both sentenced on Thursday December 23, 2021 to 20 years in prison for the alleged crime of sedition. Independent journalist Claudia Padrón Cueto denounced on her Facebook profile, based on a previous publication by a relative, that their "greatest crime is they witnessed how police killed Laurencio, a Black man, from a poor neighborhood who was unarmed, who was shot. The military prosecutor's office says it was in self-defense. The videos of his death show that the only thing that he had was a cell phone in his hand. Fredi and Katia were direct witnesses and they are paying for it, "

The proceedings continued today on Christmas Eve in the Isle of Pines. 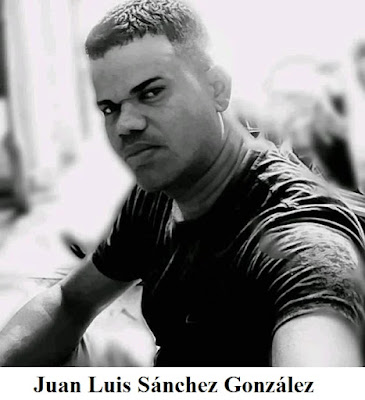 What did they actually do? They proclaimed in a city park the lack of existing freedoms, and called for democracy.

Hundreds of Cuban families are suffering across the island this Christmas as the dictatorship launches another wave to terrorize and silence Cubans.

The Cuban Grinch died in 2016, but his toxic legacy continues.