What will it be like when Fidel Castro dies? 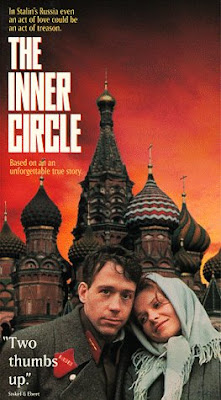 The 1991 film The Inner Circle offers an insight into the last few months of Josef Stalin's life and death. The film is based on the account given to the filmmaker by Alex Ganchin, who was the private projectionist and a KGB officer for Stalin between 1939 and 1951, and is described in the opening credits of the film as a true story.

Roger Ebert in his February 9, 1992 review of the film quotes the conversation between the filmmaker and the projectionist decades earlier:

"I want to find out what the censors say about my film," Andrei Konchalovsky whispered to the projectionist. "I'll give you a bottle of brandy if you eavesdrop after the screening, and let me know what their objections are." "Why not?" said the projectionist, and the next day, he reported their deliberations to the movie director. "But this was nothing," the projectionist added. "You should have heard what they said about the movies in Stalin's day." "In Stalin's day?" asked Konchalovsky.

"Yes. I was his projectionist." Konchalovsky unscrewed the cap from the brandy he had brought along and settled down in the Moscow projection booth. "Tell me more," he said.

And the projectionist did, talking for hours about the glorious days of his youth, when he was Josef Stalin's private projectionist, showing him the latest Russian, European and Hollywood movies - and the newsreels that reported the progress of World War II.

"We could write a book," Konchalovsky told him. "We'll sell it to the Americans. We'll make $100,000." "I don't know how much money I'll get," the projectionist said, "but I can tell you how many years I might get in the gulag." Konchalovsky, who was then one of the leading Soviet film directors, remembered the conversation for many years.

The Inner Circle is directed by the Russian filmmaker who spoke directly to the projectionist. Andrei Konchalovsky who has an extensive filmography and at 73 remains active. His own take on the film:

“I think the film came out too early. Not many in Russia understood what it was about. Yes, enough has been said about the atrocities of stalinism and about how much suffering people had to go through at the time. But the essence of stalinism, its gnoseology, its reasons have never been uncovered. Why did it have to emerge in no other country but in Russia? My film is about the essence of stalinism. Without my Ivan who is a naïve, honest man like millions of others in Russia, Stalin wouldn’t exist. “Ivanism” gave birth to “stalinism.”

This film is recommended viewing for those that want to understand the psychology of human beings living in a totalitarian state and what happens when Big Brother dies, and for now you can watch it online: 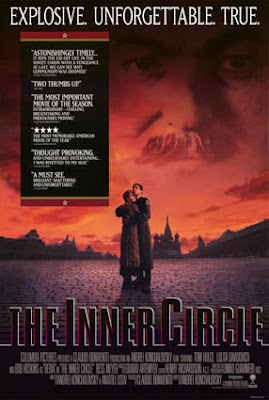