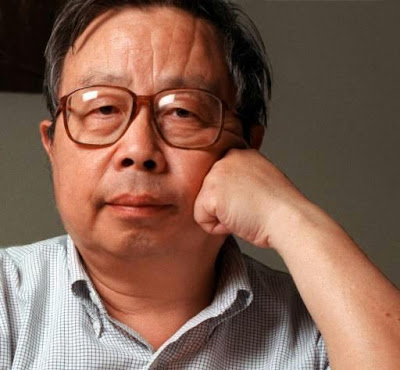 Photo of the author Fang Lizhi

PHOENIX, ARIZONA — I heartily applaud the Nobel Committee for awarding its Peace Prize to the imprisoned Liu Xiaobo for his long and nonviolent struggle for human rights in China. In doing so, the committee has challenged the West to re-examine a dangerous notion that has become prevalent since the 1989 Tiananmen massacre: that economic development will inevitably lead to democracy in China.

Increasingly, throughout the late 1990s and into the new century, this argument gained sway. Some no doubt believed it; others perhaps found it convenient for their business interests. Many trusted the top Chinese policymakers who sought to persuade foreign investors that if they continued their investments without an embarrassing “linkage” to human rights principles, all would get better at China’s own pace.

More than 20 years have passed since Tiananmen. China has officially become the world’s second largest economy. Yet the hardly radical Liu Xiaobo and thousands of other dissidents rot in jail for merely demanding basic rights enshrined by the United Nations and taken for granted by Western investors in their own countries. Human rights have not improved despite a soaring economy.

Liu Xiaobo’s own experience over the last 20 years ought to be enough evidence on its own to demolish any idea that democracy will automatically emerge as a result of growing prosperity.

I knew Mr. Liu in the 1980s when he was an outspoken young man. He took part in 1989 in the peaceful protests at Tiananmen Square and was sentenced to two years in prison for his efforts. From then until 1999 he was in and out of labor camps, prisons, detention centers and house arrest. In 2008, he initiated the “Charter 08” petition calling for China to comply with the United Nations Universal Declaration of Human Rights. Consequently, he was again arrested, this time sentenced to a particularly harsh 11 years in prison for “inciting subversion of state power” — even though China is a signatory of the U.N. declaration.

According to human rights organizations, there are about 1,400 people political, religious and “conscience” prisoners in prison or labor camps across China. Their “crimes” have included membership in underground political or religious groups, independent trade unions and nongovernmental organizations, or they have been arrested for participating in strikes or demonstrations and have publicly expressed dissenting political opinions.

This undeniable reality ought to be a wake up call to anyone who still believes the autocratic rulers of China will alter their disregard of human rights just because the country is richer. Regardless of how widely China’s leaders have opened its markets to the outside world, they have not retreated even half a step from their repressive political creed.

On the contrary, China’s dictators have become even more contemptuous of the value of universal human rights. In the decade after Tiananmen, the Communist government released 100 political prisoners in order to improve its image. Since 2000, as the Chinese economy grew stronger and stronger and the pressure from the international community diminished, the government has returned to hard-line repression.

The international community should be especially concerned over China’s breach of international agreements. Besides the U.N. Declaration on Human Rights, China also signed the U.N. Convention Against Torture in 1988. Yet, torture, maltreatment and psychiatric manipulation are extensively used in detention and prison camps in China. This includes beatings, extended solitary confinement, severely inadequate food, extreme exposure to cold and heat and denial of medical treatment.

As the regime’s power grows with prosperity, the Communist Party feels confident in its immunity as it violates its own Constitution. Article 35, for example, says that “citizens of the People’s Republic of China enjoy freedom of speech, of assembly, of association, of procession and of demonstration.” Yet who can doubt that the government regularly violates these rights.

As the unfortunate history of Japan during the first half of the 20th century illustrates, a rising economic power that violates human rights is a threat to peace.

Thankfully, the courageous Nobel Committee has exposed this link once again in the case of a prospering China. The committee is absolutely right to make a connection between respect for human rights and world peace. As Alfred Nobel so well understood, human rights are the prerequisite for the “fraternity between nations.”

Fang Lizhi, a professor of physics at the University of Arizona, was a leader of the pro-democracy movement in China before fleeing the country in 1989.