"I am convinced that publicity is the sole effective means of combating the evil and lawlessness which is rampant in my country today." - Anatoli Marchenko 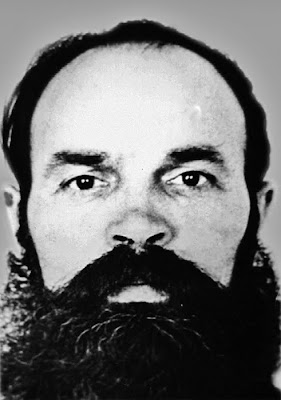 On the eve of the 8 month anniversary of the death of prisoner of conscience and human rights activist Orlando Zapata Tamayo on February 23, 2010 the impact of his life and death are still reverberating around the world.

When Guillermo Fariñas Hernández learned that the European Parliament had awarded him the Sakharov Prize On October 21, 2010 he announced: “This prize I dedicate in particular to Orlando Zapata Tamayo and Pedro Luis Boitel. These two martyrs died from hunger strikes in protest against the dictatorship of Fidel Castro. I dedicate this prize to all the Cubans who have died for freedom and democracy in Cuba.”

Communism is an international phenomenon that demonstrates common patterns of repression regardless of geography and ethnicity. The tactics used to break down the person are the same whether in the Soviet Union, the People’s Republic of China or the Republic of Cuba under the Castro brothers. 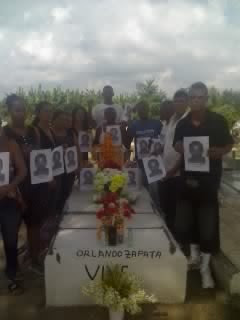 On October 23, 2010 Orlando Zapata's family and friends gathered at his tomb
The patterns of resistance to communist repression share common patterns around the world. Before there was an Orlando Zapata Tamayo there was an Anatoli Marchenko. The parallels between the two are uncanny both were uncompromising human rights defenders who came from working class background. In the Introduction to his book My Testimony written about his time in prison in the 1960s Anatoli described how he survived the brutal conditions:

"When I was locked up in Vladimir Prison I was often seized by despair. Hunger, illness, and above all helplessness, the sheer impossibility of struggling against evil, provoked me to the point where I was ready to hurl myself upon my jailers with the sole purpose of being killed. .. One thing alone prevented me, one thing alone gave me the strength to live through that nightmare; the hope that I would eventually come out and tell the whole world what I had seen and experienced. .. And I gave my word on this to my comrades who were doomed to spend many more years behind bars and barbed wire."

Nevertheless, the commitment to the defense of human rights and not abandoning his homeland when told to by representatives of the Soviet regime would prove fatal. Soviet dissident Anatoli Marchenko was a worker-turned-human rights activist of Ukrainian origin. As a result of his human rights activism he spent 20 years in prisons and labor camps, whose cruel conditions he later described in his books.

One way in which he highlighted human rights problems in the then Soviet Union was through hunger strikes. The last one began on August 4, 1986 when he refused food demanding an end to the torture of political prisoners in the USSR and that they all be released. There was little reaction to his hunger strike from the world press. He died on December 8, 1986 at the age of 48 after being hospitalized the day before. Months later in 1987 Gorbachev announced the liberation of all political prisoners. One year later in 1988 Anatoli Marchenko was awarded the Sakharov Prize along with Nelson Mandela and to date the only one to win the award posthumously. Three years later in 1991 the Soviet Union was dissolved.

The dictatorship in Cuba knows this history and fears the legacy of Orlando Zapata Tamayo. They are trying to pressure his family into leaving Cuba making their lives unbearable.

The news media that ignored the suffering and torture that Orlando Zapata Tamayo was subjected to and who ignored his hunger strike but reported on his death now recognize its importance. CNN on October 10, 2010 reported the fact that: “International pressure grew when one jailed dissident, Orlando Zapata Tamayo, died earlier this year following a prolonged hunger strike protesting inmate living conditions. The Cuban government responded by promising to free the group by November in the largest release of political prisoners in more than a decade.”

Now the question remains will the patterns of resistance and regime reactions continue to unfold in a similar pattern? If it does then it means that the dictatorship’s days may be numbered.

Regardless, Orlando Zapata Tamayo is in the thoughts and prayers of many Cubans remembering that 8 months ago today he died to demonstrate the brutal nature of the dictatorship so that others might live.