A German Filmmaker says yes and explains why 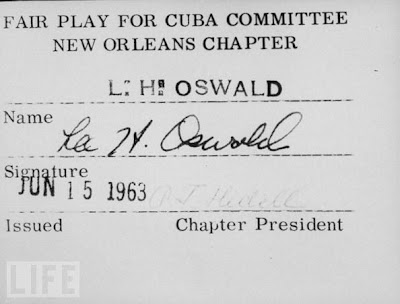 "The principals of thought of the Fair Play for Cuba consist of restoration of diplomatic trade and tourist relations with Cuba. That is one of our main points. We are for that. I disagree that this situation regarding American-Cuban relations is very unpopular. We are in the minority surely. We are not particularly interested in what Cuban exiles or rightists members of rightist organizations have to say. We are primarily interested in the attitude of the U.S. government toward Cuba." - Lee Harvey Oswald, On August 12, 1963, The "Bill Stuckey Radio Show"

On Friday, November 22, 1963, in Dallas, Texas, at 12:30 p.m. Central Standard Time in Dealey Plaza. Kennedy was fatally shot while riding with his wife Jacqueline in a Presidential motorcade. Seven days later on November 29, 1963 President Lyndon Johnson and FBI Director J. Edgar Hoover discussed the FBI investigation into the assassination of President John F. Kennedy on the White House telephone. The conversation was recorded and is now part of the public record. In the recording above Hoover describes to Johnson the capture of Lee Harvey Oswald after the shooting. Hoover also discusses Oswald's pro-Castro and anti-American associations. 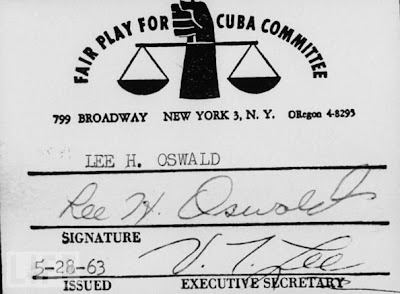 Lee Harvey Oswald's national membership card in a pro-Castro group
German documentary filmmaker Wilfried Huismann described the circumstances surrounding the assassination of John F. Kennedy and the subsequent cover up by the Johnson White House with the tacit approval of Robert Kennedy in his 2006 documentary Rendezvous with Death. At the time of the film's release he gave an interview in Deutsche Welle on January 5, 2006 titled "Castro ordered Kennedy's Assassination." Below is an excerpt from the article: 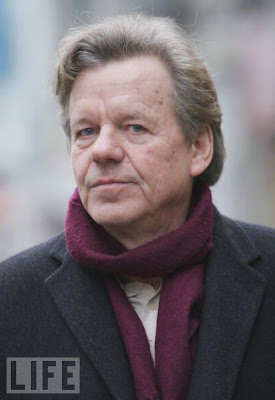 DW-WORLD: One of the most important leads pointed to Mexico. Why do you think the US didn't pursue it?

Huismann: After Kennedy's death on Nov. 22, 1963, Lyndon B. Johnson found out that the US had a secret, illegal murder program focused on Fidel Castro. He hadn't been informed before that. He knew that Castro knew, and he was afraid that the discovery of these mutual assassination attempts could force him to carry out an invasion of Cuba, which he believed could result in a third -- nuclear -- world war. And as a conservative pragmatist, he decided within a few hours, in agreement with Robert Kennedy, to drop the whole thing and to ban FBI and CIA officials from pursuing the trail leading to Cuba.

Alexander Haig in the documentary placed it in an electoral context explaining what it would've meant for the Democratic Party if the truth about the Kennedy assassination became known:

General Alexander Haig, for example, thinks Kennedy's successor, President Lyndon B. Johnson, "was convinced Castro killed Kennedy, and he took it to his grave." Haig served as a military adviser to Johnson and later as President Reagan's Secretary of State. He tells Huismann in the film about memos from 1963 that suggested Johnson's fear of letting the Castro-assassination story get out to the American public. Johnson's attitude, said Haig, was that "we cannot allow the American people to believe that Castro ... had killed Kennedy," because "there would be a right-wing uprising in America which would keep the Democratic Party out of power for two generations."