Defending a Fundamental Right: the Freedom to Return to Your Homeland


International treaties recognize the freedom to leave any country and to return to your homeland as a fundamental right, but regime’s like those operating in Burma and Cuba see this “right” as a “privilege” to be granted or withheld depending on the whims of the ruling junta. 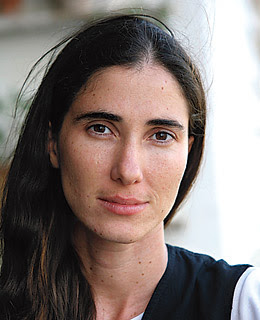 For example, on nine occasions over the past three years Cuban blogger Yoani Sanchez has been denied permission to travel outside of Cuba to attend a conference and return home.

In March of 2010 Cuban opposition activist Nestor Rodriguez Lobaina was denied permission to attend a human rights conference in Switzerland to which he had been invited to attend as a speaker. Juan Juan Almeida had to engage in a prolonged hunger strike to be able to travel outside of Cuba to obtain much needed medical treatment. Cuban prisoners of conscience released into forced exile are denied the right of return to their country. These are but just four examples of a systematic pattern where Cubans are denied the right to leave Cuba and to later return to their homeland.

This practice angers many and the dictatorship cannot respond with a convincing argument. In 2008 Ricardo Alarcon attempted to explain why Cubans are not free to travel like other peoples from around the world only to draw ridicule.

In addition to not being able to travel freely outside of Cuba, Cubans are also subjected to restrictions from traveling and residing in different parts of Cuba itself.

Both types of restrictions are in violation of Article 13 of the Universal Declaration of Human Rights reproduced at the top of the page of which Cuba is a signatory. 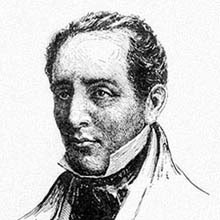 Jose Maria Heredia
Cuban opposition leader Oswaldo Paya Sardiñas has launched a petition drive to obtain passage of the National Reunion Project Heredia Bill named in honor of Jose Maria Heredia, poet and Cuban patriot exiled from Cuba during the Spanish colonial period. It is described as a campaign for the right of Cubans to travel freely and for the elimination of humiliating discrimination against Cubans in their own country. 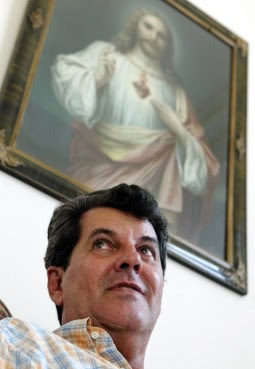 Oswaldo Paya Sardiñas
This trampling of the fundamental right to travel has not just been carried out against Cubans but in the past against East Germans trying to cross into West Germany and more recently with the sad plight of Aung San Suu Kyi in Burma (Myanmar). Fearing that she would not be allowed to return home to Burma Suu Kyi was unable to visit her husband as he died from cancer or see her children. In addition the military junta would not allow her husband into the country to visit his wife nor even today allow her children to visit their mother. 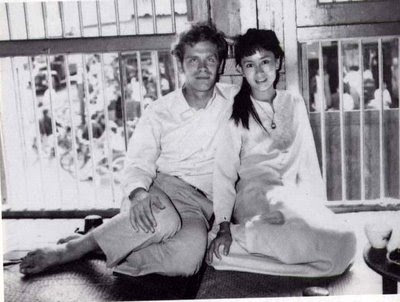 Aung San Suu Kyi and her late husband, Michael Aris
Other regimes today such as the People’s Republic of China and North Korea also ignore this fundamental right of its citizenry. In the case of communist China the wife and relatives of 2010 Nobel Peace Prize winner Liu Xiaobo are barred from traveling to Oslo to accept the award on the Chinese dissident's behalf. In the case of North Korea "illegally exiting" the country can lead to execution.

Exposing this trampling of fundamental human rights and campaigns to address this injustice is a small step to take in solidarity with people denied this basic right.
Posted by John Suarez at 11:10 AM