How long would you have the courage to stand by your principles under these conditions? 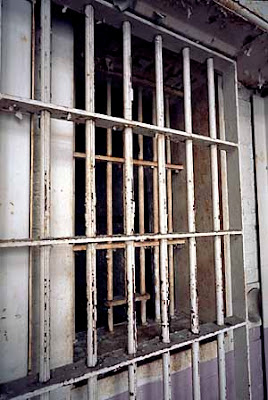 Imagine for just a moment. You are a human rights defender. Strictly adhering to the law and international standards you are documenting human rights abuses and trying to improve living conditions in your country. In response to your efforts you are locked up in March of 2003 subjected to a show trial and thrown into what Human Rights Watch in their 2009 report described as an inhumane prison: Cuba fails to meet basic international standards regarding the treatment of prisoners. Conditions are abysmal for common and political prisoners alike, with overcrowded cells, unhygienic and insufficient food and water, and inadequate medical treatment.

But that is not the end of it. If you think that you will continue your efforts to denounce human rights conditions in the prison or merely attempt to exercise your rights than you will pay a high price. According to Human Rights Watch, "political prisoners who speak out are routinely subjected to extended periods of solitary confinement, harassment, and beatings. They are denied access to medical treatment in spite of chronic health problems rooted in, and exacerbated by, abysmal prison conditions. Family visits and other forms of communication are arbitrarily refused. Human Rights Watch documented three cases in which political prisoners were deliberately moved to close quarters with prisoners infected with tuberculosis, despite the fact that they themselves were not infected."

This is cruelty that amounts to torture. For example imagine only being allowed to see sunlight once a month. These are the conditions that drove Orlando Zapata Tamayo to a water only hunger strike that lasted 83 days. Prison officials denied him water for 18 of those days contributing to his death.

Now imagine living under these conditions and receiving a phone call telling you that the past seven or ten years of suffering and torture can end. All you have to do is to agree to leave for exile in Spain along with your family.

How long would it take you to say get me out of here? Your health is already destroyed and you live surrounded by violent criminals offered rewards from prison officials in exchange for making your life more difficult.

There are 14 men who've said. We are staying. We wish to be freed and stay in Cuba. We do not accept exile. We prefer to remain here and work for human rights and freedom. These are prisoners of conscience. Men who organized petition drives for human rights reforms, practiced independent journalism or engaged in human rights activism and should never have spent one day in prison. The regime's response has been to release into exile political prisoners who engaged in violence against the dictatorship and keep these prisoners of conscience imprisoned.

These 14 heroes deserve to be known and their cause and names shouted to the four corners of the world. The highlighted names have ongoing petition drives. Please help spread the word.

Repeating the question at the top of the page. How long would you have the courage to stand by your principles under these conditions before leaving daily torture and filthy prison conditions for life in a free country with your family? Remember these men could have been in Spain months ago sipping a cafe con leche with their loved ones in Madrid, but have decided to resist and risk all for freedom. They deserve both our respect and support in pressuring the dictatorship to set them free immediately. What are you waiting for? Time to take action.

*Amnesty International has committed an error in not recognizing this man as a prisoner of conscience.