"[W]here there is no political alternative, there remains only the moral alternative – non-participation." - Hannah Arendt 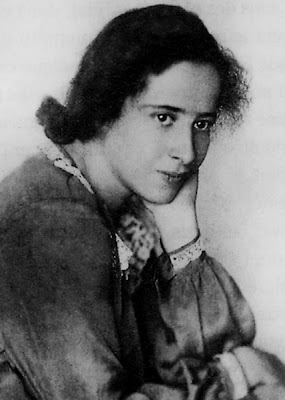 1. All tyrannies deprive their citizens of power, condemn them to impotence, hence take away all possibilities to organize themselves. Atomization of the body politic. They expel men from the realm of the political and tell him to go and take care of their private matters only. Whatever regards all of them, the commonwealth, will be taken care by One man and his advisors only. They are not total or totalitarian because they respect to an extent the private sphere, and the citizens, except in case of emergency, are not involved in the possible crimes. Totalitarian tyranny is “democratic”: the citizens are deprived of all power, they are carefully atomized, but they constantly appear in public, their private life is by no means respected, on the contrary no privacy exists any longer, and they [are] implicated directly in all crimes. These crimes are not just committed in their name, but they themselves are asked to do it. Hence, they act, but without any initiative. They follow the leader, and their only virtue is obedience. They are participants – and this they never were in classic tyranny. This is the reason why they could be held criminally (and morally) responsible and why they could say, on the other hand a) I did not what I wanted to do, I had no bad motives (or good ones either), I am entirely motiveless, and b) If had not done it somebody else would, it did not matter. To put it differently: All citizens had become cogs. (No Nazi could be found after the debacle, no Stalinist can be found in Russia.

2. This is the setting. And the question is: Is there still moral responsibility left and what are its criteria? Political responsibility is out of the question once the totalitarian dictatorship is established because there is no power left. If you take as the model of moral responsibility the Socratic proposition: It is better to suffer wrong than to do wrong, then the answer from the political side would be: Suffering and Doing wrong are both equally bad, for there should be no wrong. In other words, the accent lies entirely on the world and not on the self. “The world is out of joint”, but not your self. In moral matters on the contrary: You are concerned with your self. Politically, it is almost as wrong not to resist evil as it is to do it. But to resist evil you may be forced to do evil. This tension between the political and moral spheres is inevitable. The early Christians knew it quite well. They engaged in doing good, hence decided that they would shun the public realm and remain in the seclusion of the private. (Tertullian, the Gospels) Machiavelli still knew it quite well: How not to be good – that is, not how to be bad (evil deeds may bring power but not glory, and glory is the ultimate goal of Machiavellian politics) but how not to apply this criterion.

3. In this political sense, all people who live under a totalitarian dictatorship become guilty: Jaspers: Dass wir leben ist unsere Schld. Namely: Even those of us who did not participate did not resist. Resistance would have been suicide, and, more important, it would have been without effect. This is a political responsibility – it means you have a share by simply belonging to the group in whose name evil is being done. Napoleon when he became rule of France, said at once: I assume responsibility for everything France has done from the times of Charlemagne to the terror of Robespierre. But this did not mean that : I am guilty of what has been done. The responsibility lies on me because I am the representative of the body politic. In this sense, we are indeed held responsible for the sins of our fathers – Germany, Negroes, -- but we are not guilty of them.

II. Let us underline the distinction between responsibility and guilt: You may be politically responsible without any guilt. For guilt, it is necessary that you have done something, and even the sin of omission still implies that you could have acted and therefore your abstention is a kind of acting, only another mode. Just as silence can be a mode of speaking. To say: I am guilty of what others did – this feeling of guilt without deed is sentimentality and dangerous nonsense. Those Germans who declared after the war: We are all guilty, actually made it impossible to find who was guilty of something specific – where all are guilty no one is, practically speaking. This sentimentality was a very effective cover for the criminals. Had the Germans said: We are responsible, they would have found out those who actually were guilty and punished them. (Example the Auschwitz Trial: There were actual criminals, not desk criminals, on trial, and public opinion was clearly on their side.) And they would have found out differences in guilt in certain circumstances – guilty for obeying orders and guilty of their own initiative, for doing for instance what even in this state was not permitted. Before we proceed: You may be politically responsible without any guilt; conversely, by not being guilty you were not yet politically responsible.

Let us consider the nature of the crimes as they appeared in the court rooms: The crimes of which people who had lived under totalitarian rule were accused were of two altogether different orders: They were either “acts of state” – the Final solution was an act of State, entirely legal in Nazi Germany, -- or as in the Auschwitz Trial, they accused of criminal acts which were criminal acts under all circumstances, which were individual acts. No moral problem is involved in the latter. We are concerned only with the former. Acts of State is an old concept; it means 1. that the State may be forced to commit acts, which, if done by an individual, would be criminal, which are clearly against the moral order. And it means 2. that these acts are outside all jurisdiction, because no other state has a right to sit in judgment. Every state is sovereign, and this means that it obeys no other law and is subject to no judge outside itself. Behind this stands the theory of a special “Reason of State”, raison d’état, which says: If the survival of the state is at stake that is, also the survival of the legal and moral order, the state may do certain unlawful things in order to keep this legal order in existence. It does not mean the abolition of legal order, but on the contrary, its existence. That is, the State or its servants commit certain moral crimes because of political responsibility. They risk, to speak Machiavelli’s language, the salvation of their soul for the sake of the secular lawful order. Those who do not do so are accused of shunning political responsibility. They are acting irresponsible. Hence, those who are morally guiltless may be politically irresponsible.

III. Let us see how this works under totalitarian circumstances. I can’t give here an analysis of this form of government, you will have to believe me. Human nature, generally speaking, is such that no totalitarian government is possible without becoming criminal itself. That is the gigantic crimes committed by these governments are not committed in order to preserve a normal legal and moral order, but they are committed for their own sake or the sake of ideology: the essence of a totalitarian order is criminality. Instead of Thou shalt not kill comes the order: Thou shalt kill and we shall tell you when and whom. Instead of: Thou shall not bear false witness, comes the order: Only by denouncing all those close to you can you prove that you have only one loyalty. And this criminality is a legal order, it is the law of the land to which you owe legal obedience just as in any other government. That is, they are immoral and criminal, but not as particular acts may be, but as an ORDER, a legal system. In other words the extermination of certain ethnic groups under Hitler and the extermination of classes under Stalin had no goal outside itself; it would not have come to a halt for instance when all Jews were dead or all members of classes. The movement was supposed to go on and on. It was not restricted to common-sense utilitarian goals, and it had in the case of Hitler nothing to do with the war. Hitler may have won it without it just as Stalin may not almost have lost it if he had not subjected the military to the same ruthless decimation process as the Peasants and the Bureaucracy. What were the alternatives to participation? The only political alternative in both cases was rebellion or revolution. But this did not happen for the simple reason that such governments, like all tyrannies, rely on mass support, and revolution is never possible without a previous loss of authority. What was feebly tried in both cases were conspiracies – and no conspiracy has ever brought about a revolution. In both cases, the change came from without – the death of Hitler, the defeat of Germany, and the death of Stalin. (If Stalin was killed the significant fact is that his assassins did not own up to their liberating deed – out of fear of the masses.) Hence, there is no political alternative, and where there is no political alternative, there remains only the moral alternative – non-participation.