"The responsibility for Wilman Villar Mendoza’s death in custody lies squarely with the Cuban authorities, who summarily judged and jailed him for exercising his right to freedom of expression." 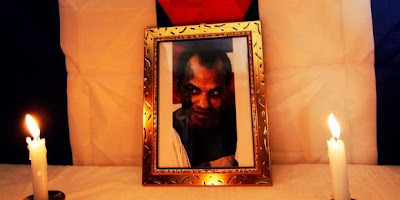 Another Cuban prisoner of conscience, Orlando Zapata Tamayo, died while on hunger strike in custody in February 2010. © Getty Images

The death in custody of a Cuban prisoner of conscience after a hunger strike is a shocking reminder of the Raúl Castro government's intolerance for dissent, Amnesty International said today.

Wilman Villar Mendoza, 31, died this morning in Juan Bruno Zayas Hospital in the city of Santiago where he was transferred from prison on 13 January due to health problems allegedly arising from a hunger strike protesting at his unfair trial and imprisonment.

He was serving a four-year prison term on charges related to his participation in a public demonstration against the government.

“The responsibility for Wilman Villar Mendoza’s death in custody lies squarely with the Cuban authorities, who summarily judged and jailed him for exercising his right to freedom of expression,” said Javier Zúñiga, Special Adviser at Amnesty International.

“His tragic death highlights the depths of despair faced by the other prisoners of conscience still languishing in Cuban jails, who must be released immediately and unconditionally.”

“The Cuban authorities must stop the harassment, persecution, and imprisonment of peaceful demonstrators as well as political and human rights activists.”

On 14 November 2011, police arrested Mendoza and eight other members of the Cuban Patriotic Union dissident group in the eastern town of Contramaestre for taking part in a protest against the Cuban government.

While he was in detention, police intimidated Mendoza, telling him he would be disappeared or face imprisonment on criminal charges stemming from an earlier arrest if he did not stop his protests and leave the dissident group.

He was released after three days in police custody but was then summoned to Contramaestre Municipal Tribunal on 24 November. Judges tried him in private and refused to accept testimony from his wife or other defence witnesses.

The judges sentenced the activist to four years' imprisonment and immediately transferred him to Aguaderas prison, in the provincial capital Santiago. The same day, he began a hunger strike in protest at the ruling.

As Mendoza’s health deteriorated over recent days, members of the Cuban Patriotic Union and the Ladies in White opposition group organised a vigil outside the hospital. On 18 January, state security officials broke up the gathering and detained more than a dozen people.

Mendoza is not the first prisoner of conscience to die in Cuban custody.

Orlando Zapata Tamayo, a prisoner of conscience jailed after the “Black Spring” crackdown on opposition groups in March 2003, died in prison on 23 February 2010 after several weeks on hunger strike.