Cuban dictatorship slanders the dead, and the media repeats it

"To consider him a common criminal, smearing the memory of a martyr, is even more criminal then letting him die on hunger strike." - Dagoberto Valdés Hernández, tweeted on his account @convivenciacuba on Saturday, January 21, 2012

They have done it before. 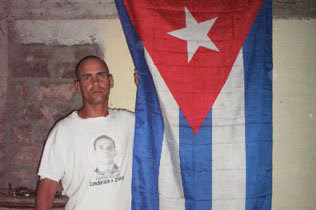 Wilmar Villar Mendoza
On the Thursday, January 19, 2012 at approximately 6:30pm Cuban prisoner of conscience and opposition activist Wilmar Villar Mendoza died after his kidneys and other organs failed. He died the result of a prolonged hunger strike provoked by outrage over his unjust imprisonment and four year prison sentence issued in a closed-door sham trial on November 24, 2011 by agents of the Castro regime. Amnesty International recognized him as a prisoner of conscience and Human Rights Watch documented that Wilmar was a Cuban opposition activist.

Now the Cuban communist regime is engaging in a campaign to rewrite the life of Wilmar Villar Mendoza from opposition activist arrested for participating in a public protest to an individual who was arrested for physically assaulting his wife and resisting arrest. Sadly, this is not a surprise but standard operating procedure in a dictatorship that survives through systematic lying.

Totalitarian regimes have patterns of conduct. This makes their behavior predictable. Beating up, arresting and imprisoning an innocent man for engaging in the nonviolent exercise of his fundamental human rights is a common practice in the Cuban regime. Political prisoners are subjected to cruel and unusual punishment that amounts to torture. Finally, when a prisoner or dissident dies and the Cuban dictatorship is responsible then the regime engages in a campaign using both government propaganda outlets and agents of influence around the world to deny that the victim was a sincere dissident or adversary and that the Cuban regime is not responsible for his death. If necessary the dictatorship will manufacture "evidence" to makes its "case."

Over the past two years three other high profile deaths in Cuba have been subjected to this posthumous ill treatment of slander and libel: 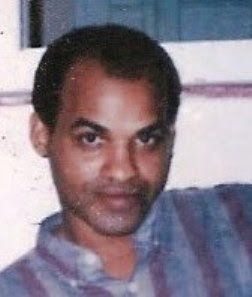 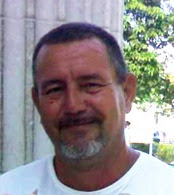 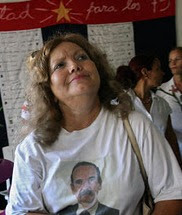 Laura Pollán
It is a sad state of affairs that much of the international media in Cuba have not caught on to these practices and regurgitate the Castro regime's position without underlining the skepticism it merits. Instead some hedge their language rather than get at the facts of the matter.

In addition to continue the effort to hold the dictatorship in Cuba responsible for its crimes that activists will also have to coordinate better in serving as media watchdogs to ensure that totalitarian propaganda not be passed of as news. Thanks to Twitter and Facebook it is far easier to expose both the crimes of the regime and the failures of the international news media to a large audience in real time. There is much work to do and lives depend on it.
Posted by John Suarez at 4:04 PM