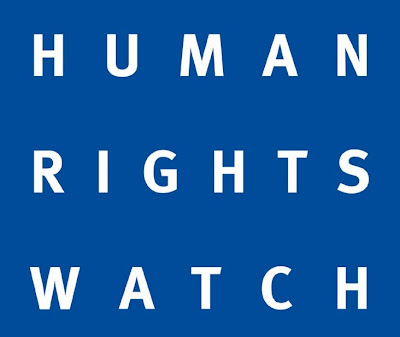 (Washington, DC) – The death of the 31-year-old dissident Wilman Villar Mendoza on January 19, 2012 following a 50-day hunger strike highlights the ongoing repression in Cuba, Human Rights Watch said today. The Cuban government should immediately put an end to the threats against his wife, Maritza Pelegrino Cabrales, and the group Damas de Blanco (Ladies in White), which supports her, and drop any measures that would prevent her and dissidents from attending Villar Mendoza’s funeral.

Villar Mendoza was detained on November 2, 2011, after participating in a peaceful demonstration in Contramaestre, Cuba calling for greater political freedom and respect for human rights, his wife told Human Rights Watch. He was a member of the Union Patriotica de Cuba, a dissident group the Cuban government considers illegitimate because its members express critical views.

Villar Mendoza was charged with “contempt” (desacato) and sentenced to four years in prison in a hearing that lasted less than an hour, his wife told Human Rights Watch. While she was allowed to attend the trial, dissidents who tried to enter the courtroom were denied access. Villar Mendoza was not given the opportunity to speak in his defense, nor was he represented by a defense lawyer, she said.

His wife said he initiated his hunger strike to protest his unjust trial and imprisonment.

The Cuban Commission for Human Rights and National Reconciliation, a human rights monitoring group that the government does not recognize, classified Villar Mendoza as a political prisoner in December.

His wife also told Human Rights Watch that government officials had repeatedly harassed her for associating with the Damas de Blanco, a human rights group consisting of wives, mothers, and daughters of political prisoners. She said state security officers explicitly threatened to take away her and Villar Mendoza’s daughters, ages 7 and 5, if she continued to work with the Damas.

According to his wife, Villar Mendoza was transferred to a hospital in Santiago de Cuba days before he died. His wife said authorities had not notified her of his death, and that she had been informed by contacts outside of Cuba, who read the story in the international press. She said she has not yet been allowed to see his body, nor has she been informed about funeral arrangements.

On February 23, 2010, another Cuban political prisoner, Orlando Zapata Tamayo, died after an 85-day hunger strike, which he initiated to protest the inhumane conditions in which he was being held and to demand medical treatment.