"In the End, we will remember not the words of our enemies, but the silence of our friends." - Martin Luther King, Jr. 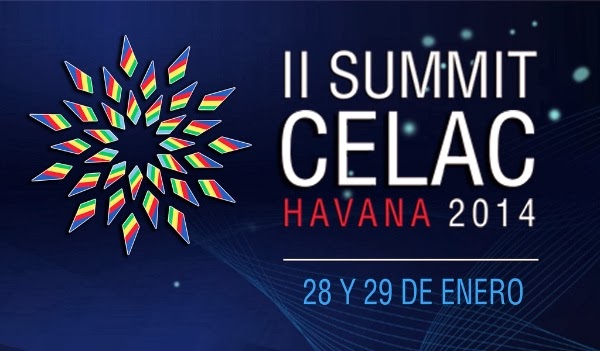 As world leaders gather in Havana, Cuba the state security apparatus across the island has rounded up dozens of activists, laid siege to the homes of many more. Over the past four years activists have died on hunger strikes, others have been beaten to death, and two prominent opposition leaders died under suspicious circumstances that point to state security.

The Secretary General of the Organization of American States (OAS), Jose Miguel Insulza, expected to be visiting Cuba to attend the meeting of the Community of Latin American and Caribbean States (CELAC), the regional grouping created by Hugo Chavez, the late authoritarian president of Venezuela, with the aim of doing away with the OAS that is currently led by Cuban dictator Raul Castro had this to say about meeting Cuban democrats and human rights defenders:


"I don't want to provoke any problem or situation that can be uncomfortable for anyone, for I don't think it corresponds to me. When one travels as an observer to a meeting, one does not do it to seek protagonism."

Last week the world observed the legacy of Reverend Martin Luther King Jr. who was born on January 15, 1929 but all too often this remembrance is superficial. Secretary Insulza in his above statement is providing the anti-thesis of what Reverend King advocated. The late civil rights leader spoke of the need to create uncomfortable situations to expose injustice that he described as creative tension:


“Nonviolent direct action seeks to create such a crisis and establish such creative tension that a community that has constantly refused to negotiate is forced to confront the issue…I must confess that I am not afraid of the word, tension. I have earnestly worked and preached against violent tension, but there is a type of constructive tension that is necessary for growth… the purpose of direct action is to create a situation so crisis-packed that it will inevitably open the door to negotiation.”

The statement made by Ban Ki-moon, the Secretary General of the United Nations raises concerns:

Despite the regime in Cuba:  violating United Nations sanctions smuggling weapons to North Korea hidden under bags of sugar through the Panama Canal where they were intercepted; systematically violating human rights in Cuba and working to undermine human rights internationally; and a petition to the United Nations to investigate the murders of Cuban democrats, Oswaldo Payá Sardiñas and Harold Cepero Escalante the Secretary General has decided to visit Cuba to discuss peace, security, sustainable development, and human rights with the dictatorship that has ruled Cuba with an iron fist for 55 years. During these years the Castro regime has murdered thousands of Cubans and imprisoned tens of thousands more for their political and religious beliefs.

The United Nations (UN) claims democracy as a core value, and both the Organization of American States (OAS), and the Community of Latin American and Caribbean States (CELAC) require states to be democracies to be members. Nevertheless, the OAS has welcomed the dictatorship of Cuba back into the fold and currently the Cuban dictatorship is heading CELAC.

George Orwell would have had a field day. Meanwhile Cubans continue to suffer systematic human rights violations and those who should be their friends remain silent while breaking bread with their oppressors.