"Today the United States of America celebrates Martin Luther King Day, which also serves to remind that all Cubans are entitled to rights. We also have a dream." - Rosa María Payá Acevedo, January 20, 2014 over twitter January 20, 2014 is Martin Luther King Day in the United States.  The King Center based in Atlanta, Georgia announced a campaign ,"No shots fired", to honor Dr. King by abstaining from violence on his holiday.  They are calling for a cease fire: "abstaining from gun violence, violence in the media, physical violence, and violence in speech."

Google also honored the memory of the civil rights leader with a google doodle.

The U.S. Cuba Young Leaders Group honored the civil rights leader over twitter stating: "Today we remember the legacy of  MLK who serves as inspiration to so many in Cuba who continue to fight for freedom," and the picture below: 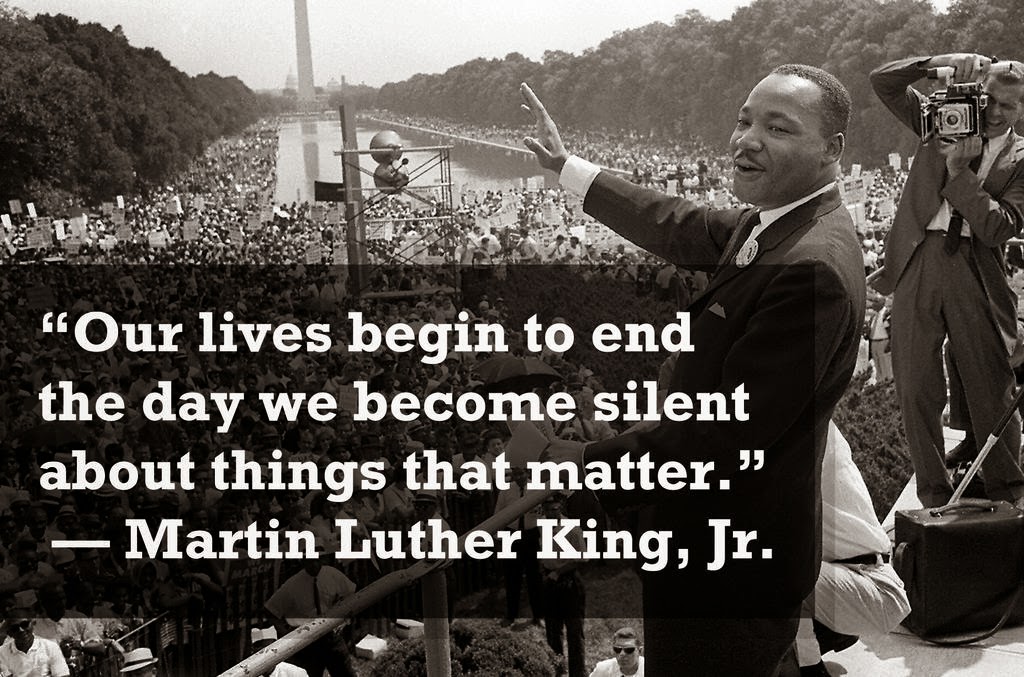 There is much to learn both in his writings and in the interviews in which he responded to questions about his nonviolent philosophy that still apply today. For example in a 1957 interview Rev. King explained the importance of not being passive while remaining nonviolent:

Imagine for a moment that this was a man who was being targeted by both the FBI and the KGB in campaigns to discredit him.  Despite these efforts Dr. King was able to transform the United States and frustrate the agenda of the KGB using nonviolent means. Martin Luther King Jr.'s life is a powerful example of the strategic and moral advantage of nonviolent resistance as opposed to violence.

Nonviolent leaders such as Gandhi, King and Payá have died martyr's deaths, but their good works and impact have outlived their physical presence and continue to offer a real alternative to hate, violence and self-destruction. Oswaldo Payá Sardiñas's widow in a 2014 reflection on Martin Luther King Jr. spoke of a legacy of love and responsibility that was continued by her husband in Cuba.

The choice is up to each and every one of us. I choose nonviolence. Will you?