Communists from Cuba and Venezuela with Swiss bank accounts 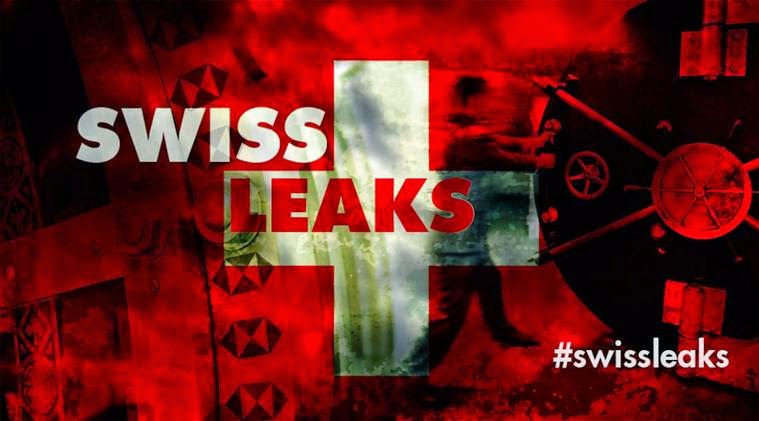 The regimes in Caracas and Havana speak of social justice and defending the poor, but in practice they are the opposite of what they claim. Dictators with absolute power who once and while are revealed for who they truly are: a rich and unaccountable minority plundering the riches of once great nations whose peoples are spiraling into deeper poverty and misery.

HSBC is the second largest bank in the world. It was founded in London in 1991 by the Hong Kong and Shanghai Banking Corporation.  The International Consortium of Investigative Journalists (ICIJ) has released 60,000 leaked files and alleges that HSBC profited from doing business with dictators, tax evaders, dealers of blood diamonds, arms dealers and other clients. According to the leaked files 29 clients with 70 bank accounts totaling 83.8 million dollars connected are to Castro's Cuba. The maximum amount of money associated to one client connected to Cuba is worth 48.5 million dollars. This is just one bank which leads to the question: What other bank accounts of the Castro dictatorship are there in Switzerland? 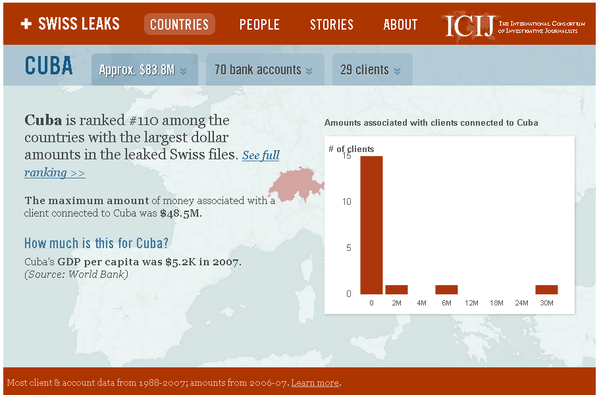 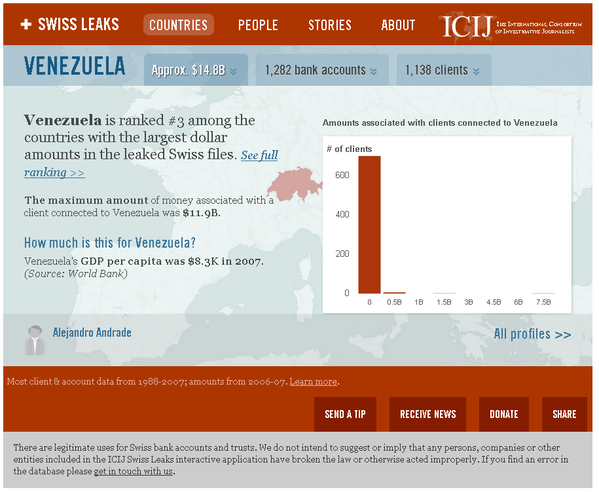 One Venezuelan depositor and Chavez loyalist was identified as Alejandro Andrade:

Alejandro Andrade started as a bodyguard to the late Venezuelan president Hugo Chávez and ended up serving as national treasurer between 2007 and 2010. Andrade was among the military officials that were part of the unsuccessful coup of 1992 together with Chávez. He was close to him during his first presidential campaign and held several financial posts in the Chávez administration. In addition to serving as treasurer, Andrade was also president of the Economic and Social Development Bank of Venezuela (Bandes) between 2008 and 2010. The U.S. Securities and Exchange Commission filed a civil action and the U.S. Attorney for the Southern District of New York charged four individuals in what prosecutors said was a scheme that generated $66 million in revenue for a Miami brokerage in return for kickbacks and bribes to the vice president of finance at the bank. This occurred during Andrade’s administration but Andrade was not named in the suit. He currently lives in Palm Beach County, Florida, in the wealthy neighborhood of Wellington, and has invested in show horses.

Alejandro Andrade was listed by the HSBC records as an attorney for the client account of the Venezuelan Treasury Office under the Ministry of Finance in 2007, when he assumed the position of national treasurer. The Treasury Office became an HSBC client in 2005 and held an account under the name of the governmental institution. The Treasury client account listed three bank accounts that together held as much as $698 million in 2006/2007. At least six of the other seven clients linked to this account were also Venezuelan officials who worked for the Treasury Office.

Despite repeated attempts, Alejandro Andrade could not be reached for comment.