One day after a silent protest demanding justice for Brothers to the Rescue, President Obama arrives at FIU

Will the President answer a mother's question about her murdered son?

President Barack Obama will be at Florida International University today at an event that has been
billed as a "Town Hall" but is a closed event. Those who will be attending have most likely been "selected."

This is just a day after a silent protest for justice was held at FIU by family members of the four men murdered on February 24, 1996 in the Brothers to the Rescue shoot down.  The university community, including Mark Rosenberg the President of FIU, took part in the silent vigil.

Following the vigil the families of Armando Alejandre Jr., Carlos Costa, Mario Manuel de la Peña, and Pablo Morales laid flowers at a tree dedicated to the four men on March 7, 1997.  Miriam de la Peña, whose son Mario was killed on February 24, 1996, spoke on camera summarizing the events that led to her son's death and concluded by asking President Obama why did he free her son's murderer who was serving a double life sentence?

The families held a Mass at 8:00pm at Our Lady of Charity in Coconut Grove where the officiating priest gave a masterful homily on truth and justice as necessary conditions for authentic reconciliation while at the same time analyzing the Lord's Prayer and its command to forgive in order to be forgiven.

Freeing an unrepentant criminal who is then celebrated as a hero by an unrepentant dictatorship are not grounds for reconciliation and peace. This action is the definition of an injustice.The president's decision to commute the sentences of three Cuban spies including Gerardo Hernandez serving a life sentence for conspiracy to commit four murders will not be seriously addressed by him today. Martin Luther King Jr. in his Letter from a Birmingham Jail wrote "Injustice anywhere is a threat to justice everywhere." The rising violence against democratic activists now in Venezuela is connected to the Castro regime and the U.S. policy of appeasing the Cuban dictatorship will only make things worse. 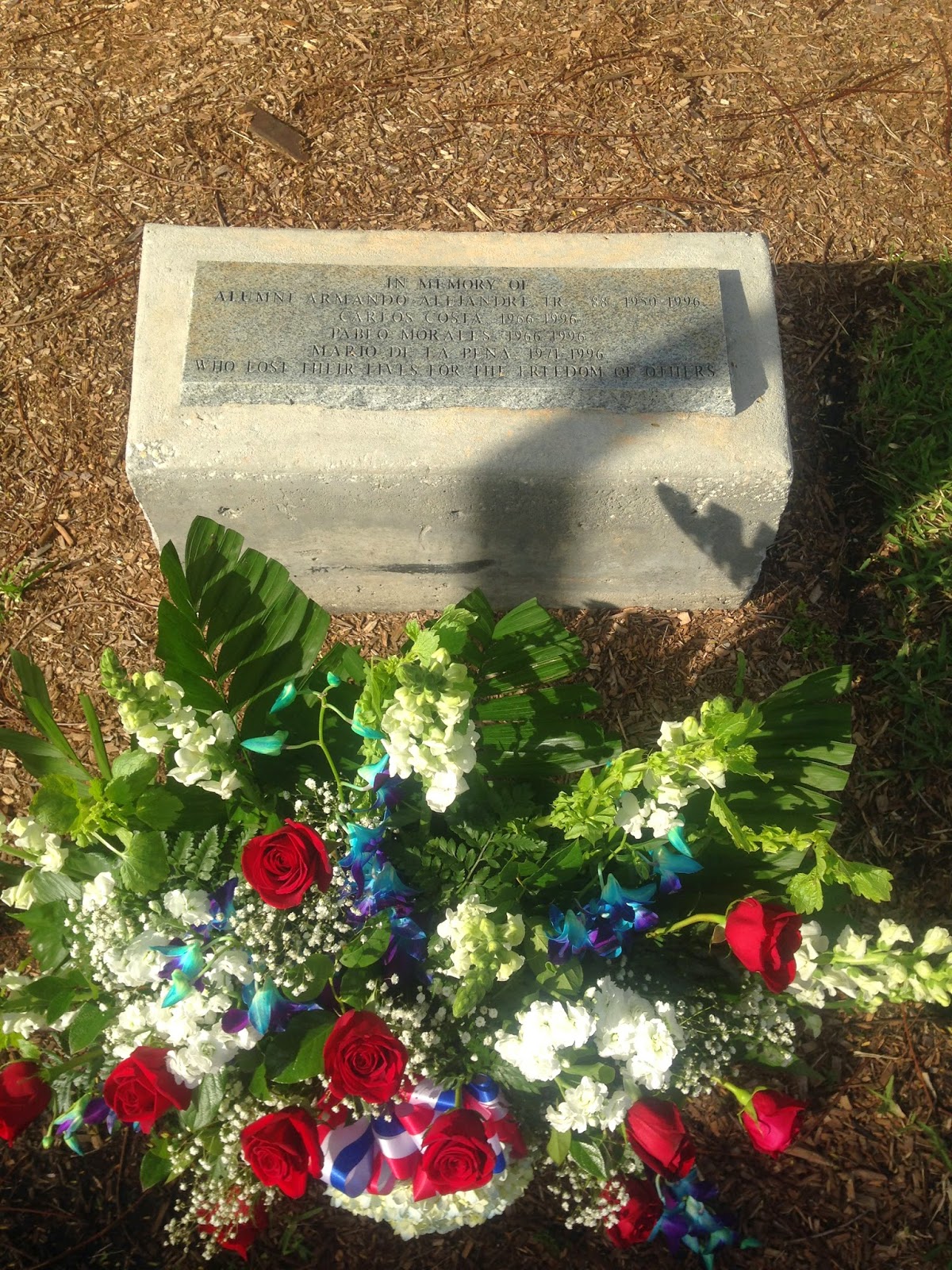