For a free China! 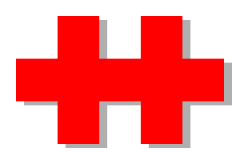 October 10th is observed in Taiwan as the National Day of the Republic of China. 2016 commemorates 105 years since the start of the Wuchang Uprising on October 10, 1911 which is known as the (10-10 or double ten) and the theme this year is "Great to have you." This uprising led to the collapse of the Qing Dynasty in China following a 268 year reign and the establishment of the Republic of China on January 1, 1912. Before this China had known imperial rule for 2,133 years beginning in 221 BC. The founding father of the Republic of China was Sun Yat-sen.

This Free China was driven out by the communists from the mainland in 1949, but has been maintained on the island of Taiwan, a beacon of freedom for all Chinese. The Republic of China remains today a living national symbol of what a free China would look like on the mainland. Below is the footage of the 100th anniversary celebrations in 2011 in Tapei.

Therefore all friends of freedom in China can raise a toast to the Republic of China on its national day in praise of all their accomplishments over the past century and pray for the day that all of China is free.