Mubarak in the dock in Egypt when will it be the Castros turn?

End of impunity in Egypt. Are Syria and Cuba far behind? 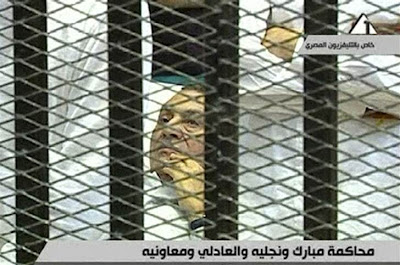 A dictator and his henchmen in power for 29 years have to account for their actions in a court of law. Hosni Mubarak is on trial in Egypt in an iron cage. Meanwhile on the same day in Syria, Bashir Al-Assad (who inherited power from his father) kills at least 45 civilians in a tank assault attempting to crush a popular revolt and the violence is condemned by the United Nations. What of two brothers in power for 52 years and counting on a small Caribbean island whose state security have racked their own body count and continues to brutalize Cubans to this very day? These are questions they might be asking themselves as they see the images of Mubarak, his two sons and the ex-minister of the interior on trial for their crimes in Cairo. 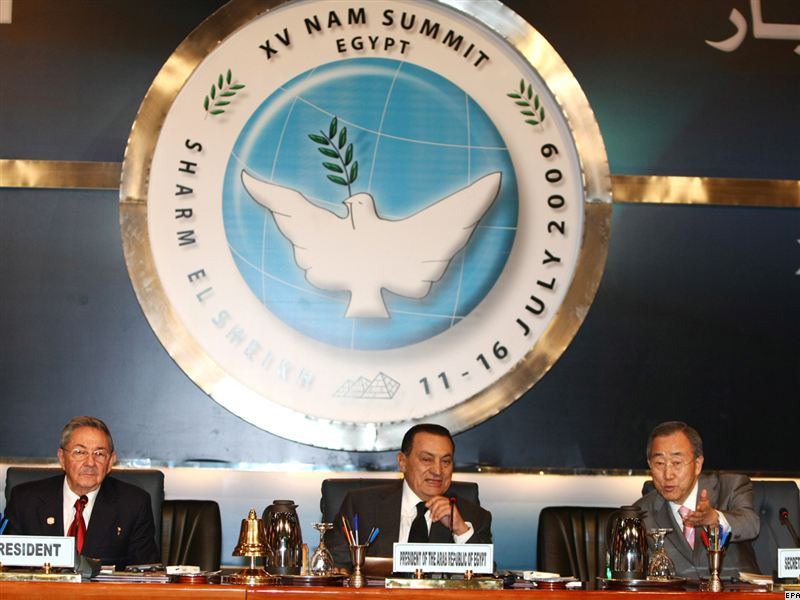 Cuba, Egypt and Syria are part of the Non-aligned movement and Cuba chaired this grouping of countries from 2006-2009 and Raul Castro formally turned over the chairmanship to Hosni Mubarak and Egypt on July 15, 2009 stating:

"I reaffirm our deep friendship and appreciation to each of you, with whom we shared trenches in the fight against colonialism, apartheid, interventionism, the arms race, economic exploitation, disease and illiteracy, and who we have always received solidarity with the just struggle of my people to preserve their sovereignty, independence and overcome illegal barriers unilaterally imposed to its right to development. It only remains for me, and I'm honored to do so, to propose to the plenary to elect by acclamation as the new Chairman of the Non-Aligned Movement, His Excellency Mr. Mohamed Hosni Mubarak, President of the Arab Republic of Egypt. I understand that all agree. My congratulations to the new President and our best wishes for success."

Mubarak in turn offered his praise for Raul Castro and the regime in Havana:

"I especially salute President Raul Castro, and express our appreciation for the great efforts exerted by Cuba during its Presidency of the Non-Aligned Movement, in defense of our positions and interests at international forums, and as a continuation of the constructive role played by this friendly country over the history of the Movement."

Now that Mr. Mubarak finds himself in a difficult situation the Castro regime has distanced itself from their old friend. A former head of state held accountable for his actions in a court of law. An example in which impunity makes way for accountability.
According to Amnesty International the process thus far in Cairo, Egypt is promising but too early to make judgments on whether the trial is fair. This is important because it must be about the pursuit of justice not revenge. Voices are already being heard that accountability will only encourage more brutality and that putting former dictators on trial will only encourage them to hang on even more brutally.

History indicates otherwise. It was the world's silence before Turkish atrocities against the Armenians between 1915 and 1917 that led Adolf Hitler to believe he could get away with the Holocaust stating in 1939: "Who, after all, speaks today of the annihilation of the Armenians?" When someone like Augusto Pinochet is held accountable for his past bad acts in a court of law that even his ideological opponents tremble in their boots. Hopefully as this trial unfolds it will not be an exercise in revolutionary revenge but in justice.

It is a process where history will judge not only the accused but if the trial was indeed balanced and fair. Holding dictators and systematic human rights violators accountable before the law is the only way to discourage others in the future and set an important precedent for the rule of law and Egyptian democracy.
That kind of precedent has the Castros and Assads of this world extremely nervous and on the other hand democrats extremely hopeful for the future.
Posted by John Suarez at 10:57 PM