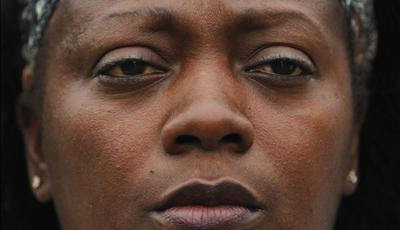 Berta Soler
The ninth anniversary of the Cuban Black Spring providentially fell on a Sunday just 8 days before Pope Benedict XVI's arrival in Cuba on March 26. Today, approximately 70 members of the Ladies in White were arrested by the Castro regime and taken away. A majority of the 70 women were detained while trying to attend Mass.


The Ladies in White and the Cuban Black Spring

In March of 2003 following a crackdown on nonviolent opposition activists, known as the "Black Spring", their wives, mothers, and sisters formed the Ladies in White and begin their weekly Sunday pilgrimages to attend Mass and march through the streets of Cuba demanding their loved ones freedom. The women would suffer harassment, beatings and detentions over the next nine years.

Many of the activists who had been unjustly imprisoned had been organizers of nationwide petition drive called the Varela Project , named after Father Felix Varela, that sought legal and constitutional reforms to bring the Cuban regime in line with international human rights norms.

Today, nine years later thanks to the sacrifice of the Ladies in White the men unjustly imprisoned in 2003 are no longer in prison. Most of them were forced into exile while a small number remain on the island. The founder of the Ladies in White, Laura Pollán, died under mysterious circumstances on October 14, 2011. The new head of the Ladies in White "Laura Pollán" , Berta Soler was arrested today and remains detained tonight. They continue to demand the release of the remaining political prisoners in Cuba and that human rights be respected.

Elements within the Catholic Church in Cuba have been accused of not defending human rights on the island and on occasion siding with those in power there or ignoring evils perpetrated by the regime which has led to frustration in some opposition circles.

Hopefully, in addition to his important pastoral message, His Holiness Pope Benedict XVI will address the importance of human rights as he did on April 18, 2008 in his address to the United Nations General Assembly:

Human rights are increasingly being presented as the common language and the ethical substratum of international relations. At the same time, the universality, indivisibility and interdependence of human rights all serve as guarantees safeguarding human dignity. It is evident, though, that the rights recognized and expounded in the Declaration apply to everyone by virtue of the common origin of the person, who remains the high-point of God’s creative design for the world and for history. They are based on the natural law inscribed on human hearts and present in different cultures and civilizations. Removing human rights from this context would mean restricting their range and yielding to a relativistic conception, according to which the meaning and interpretation of rights could vary and their universality would be denied in the name of different cultural, political, social and even religious outlooks. This great variety of viewpoints must not be allowed to obscure the fact that not only rights are universal, but so too is the human person, the subject of those rights.

Catholic layman and Cuban dissident Oswaldo Paya tweeted today that the "arrests and mistreatment of the Ladies in White were part of the regime's maneuvers in its murky preparation of the Pope's Cuba visit." Hopefully the arrest of 70 nonviolent women attempting to attend Mass and march peacefully through the streets of Cuba on the ninth anniversary of the crackdown that brought the Ladies in White into existence will serve as a bright beacon for all observing the situation in Cuba.