"Of all the evils that a Democrat may incur probably none is more vile than to remain silent."-  Oscar Arias, February 19, 2016 in Venezuela 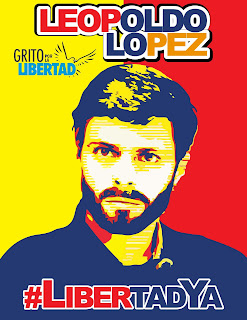 February 18, 2016 marked two years of unjust imprisonment for opposition leader Leopoldo López Mendoza and protests were carried out throughout the United States in a shout for freedom.  Antonio Ledezma, the mayor of Metropolitan Caracas, marked one year of unjust imprisonment on February 19, 2016. They are both prisoners of conscience in Venezuela and there are many more. Also during these days we must remember the students extrajudicially executed by the Maduro regime during the nonviolent protests of February 2014 such as Génesis Carmona and Geraldine Moreno. 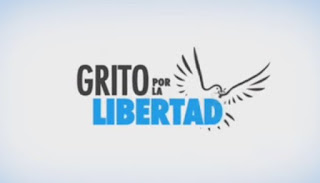 Lilian Tintori is calling on all to give a shout for the freedom of all political prisoners and amnesty and reconciliation for all of Venezuela on Saturday, February 20, 2016 dressed in white at 3pm gathered at the Avenida Francisco de Miranda (A la altura de Chacaito) in Venezuela.

Lech Walesa on February 18th with Lilian Tintori in Venezuela observed that "solidarity is needed, a situation where all feel together and all say, enough!"

In that spirit if you are in Miami, FL please join me at 3:00pm, dressed in white, at the Torch of Friendship located in downtown (401 Biscayne Blvd, Miami, FL 33132) under the statue of Simon Bolivar then let us together give a shout for the freedom of all political prisoners and for Venezuela.