From Batista to Castro: Transition from authoritarian to totalitarian dictatorship

From bad to worse

Today, the Castro regime, its fellow travelers and agents of influence will continue the lie that something positive occurred on July 26, 1953.  The only way that they can accomplish this exercise is by rewriting and omitting history. Here is some of what they won't tell you.

July 26, 1953 was a tragic day when Cubans killed Cubans in a failed attempt to overthrow Cuban dictator Fulgencio Batista with an attack on the Moncada Barracks.

Between 1902 and 1950 with moments of great glory and great shame the Cuban Republic transited through 17 democratically elected presidents. One of them, Gerardo Machado elected in 1925, despite constitutional prohibitions, he had the constitution modified and ran for re-election in 1928. Like Hugo Chavez decades later in Venezuela he became a despot, and was removed from office by force in 1933. This led to a return to democracy. 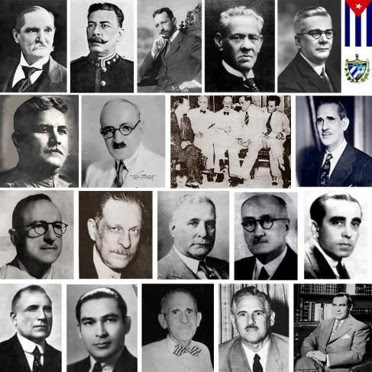 Some accomplishments of Republican Cuba that the Castro regime has tried to keep memory holed.

McGuire and Frankel in their paper “Mortality Decline in Cuba, 1900-1959: Patterns, Comparisons, and Causes” found: Cuba led all Latin American countries at raising life expectancy and reducing infant mortality between 1900 to 1960 during the Republic.  From 1960 to 1995, by contrast, it came in fourth and fifth respectively.” In Cuba's history two doctors ( Carlos Finlay & Agustin Walfredo Castellanos ) were nominated for the Nobel Prize in medicine for their work in pre-Castro Cuba. 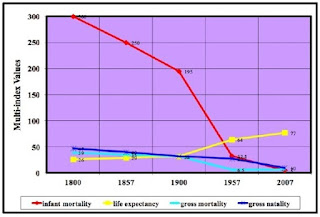 In 1959, the island already had decent education, according to U.N. statistics, and its rising literacy rates tracked with the rest of Latin America. Costa Rica achieved the same results without dictatorship and firing squads.

In addition to its successes on the healthcare and education front the Republic had advanced human rights on the international front through the Organization of American States and the recently created United Nations.

Tragically, this democratic republic was brought to an end on March 10, 1952 by Fulgencio Batista. Batista was a military man who had entered the presidency in free and fair elections in 1940 ( in coalition with the communist party) and left office in 1944. He returned to Cuba under the presidency of Cuba's last democratically elected president, Carlos Prio and within days of the next presidential elections carried out a successful coup against the democratic order that had existed from 1902 - 1952.


Was the Republic perfect? No it was not, but then what country is? Was it a country that was able to feed its own populace? Yes. Did it have a vibrant civil society that resisted the Batista dictatorship? Yes.

No doubt, regime apologists will dismiss these claims because they come out of the Cuban exile quarter. However, would they dismiss what Fidel Castro said at his trial on October 16, 1953 and became known as the "“History Will Absolve Me” speech?


“Let me tell you a story: Once upon a time there was a Republic. It had its Constitution, its laws, its freedoms, a President, a Congress and Courts of Law. Everyone could assemble, associate, speak and write with complete freedom." …"Public opinion was respected and heeded and all problems of common interest were freely discussed. There were political parties, radio and television debates and forums of public meetings. The whole nation pulsated with enthusiasm.”

The promise made by the July 26 Movement was to restore the pre-existing democratic order along with reforms. The Castro revolution ended a seven year authoritarian dictatorship, and replaced it with a communist dictatorship that has ruled over Cuba for 61 years and counting.  The Castro dictatorship was not a break from Batista but a continuity into more profound tyranny that continues to kill Cubans and has already, at a conservative estimate, killed tens of thousands of Cubans..