21 years after Tiananmen Square the Tyrants in China Still Afraid

Even a cartoon frightens the totalitarians in Beijing 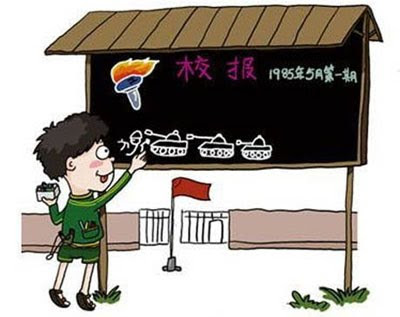 On June 1, 2010 just three days shy of the 21st anniversary of the Tiananmen Square massacre Southern Metropolis Daily)—a state-owned but assertive news outlet based in Guangzhou published the above cartoon making reference to June 4, 1989 only to have it pulled from its website. Along with all comments made about the cartoon.

The tyrants in China were terrified by the students and workers demanding democracy and a purge of corrupt officials in 1989. Deng Xiaoping in a May 19 meeting told his comrades that: "The measures for martial law must be steady-handed, and we must minimize harm, but we must prepare to spill some blood." It took a brutal and bloody crackdown in which hundreds perhaps thousands died and in which several hundred were imprisoned some up to today to spread fear and terror throughout China. Despite that the hardliners are still afraid today.

Despite increasing economic prosperity according to Amnesty International, in China, there is no freedom of speech in general nor an investigation or redress for the victims of the June 4, 1989 crackdown. In Hong Kong over a 150,000 went to Victoria Park and held a candlelight vigil in memory of the victims of the massacre and to demand justice for the pro-democracy movement and the release of Chinese prisoners of conscience.

Even in Hong Kong the authorities are trying, in vain, to squelch efforts to remember. Oiwan Lam described in Global Voices how, "Hong Kong police confiscated two statues of the Goddess of Democracy before the annual march to commemorate the Tiananmen incident on 30 of May."

Hong Kong authorities deported the artist who constructed one of the replicas of the Goddess of Democracy. Yet students were able to bring the statues back out on the same day as the deportation. The struggle for freedom goes on, and they tyrants know that they are over the long run on the defensive, and they are afraid.