Amnesty International: "Neda’s killer must be brought to justice" 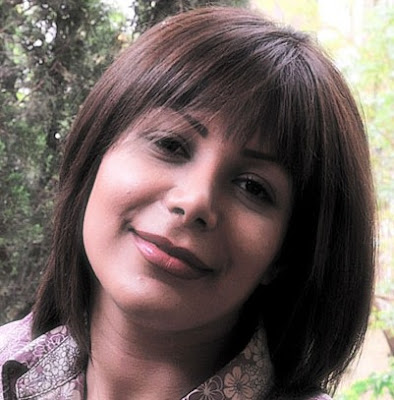 Iran: Neda’s killer must be brought to justice

One year after the killing of Neda Agha Soltan, the failure of Iranian authorities to bring her killer to justice is a damning example of the culture of impunity that has widened since the 2009 election protests, says Amnesty International.

Neda Agha Soltan, then 27, was shot in central Tehran on 20 June 2009 as she left a peaceful demonstration. A video clip of her dying on the pavement as bystanders came to her aid, was circulated around the world, making her an icon of the protest movement.

"Neda's unlawful killing is emblematic of not only the numerous human rights violations committed against Iranians over the past year - which are still continuing today - but also of the government's steadfast refusal to bring to justice those responsible for torturing and killing its critics" said Hassiba Hadj Sahraoui, Amnesty International's Deputy Director for the Middle East and North Africa.

Despite the wealth of video-taped evidence and witnesses, the Iranian authorities have not carried out any independent investigation into Neda's death, nor the apparent deaths of scores of others at the hands of government forces between June and December 2009. They have denied allegations that the paramilitary Basij caused Neda's death and blamed, instead, a range of people and organizations including the BBC, CNN, the CIA, and even the doctor who rushed to Neda's aid when she was shot.

"The government's response to Neda's killing has been a cynical face-saving exercise," said Hassiba Hadj Sahraoui. "It is all too typical of the wider failure of the Iranian authorities to observe the rule of law, and to ensure accountability for the crimes that continue to be committed in its name."

Amnesty International has renewed its call on the Iranian government to allow an independent inquiry into the deaths and abuses that took place during and after the demonstrations, including an investigation into Neda's killing.

"The authorities should know that their attempts to brush away the evidence pointing to their responsibility will not silence Iranians, who continue to demand truth and justice for the deaths of Neda and many others" said Hassiba Hadj Sahraoui.

Neda Agha Soltan's alleged shooter was briefly held at the scene of the shooting by protesters, but information on his identity has been ignored by judicial authorities. The man was allegedly carrying ID of the Basij, the armed paramilitary force heavily employed by the authorities to repress the demonstrations. Witnesses have reported that he shouted out 'I did not mean to kill her'.

The deaths of up to 80 people - and possibly many more - during and after the demonstrations, including as a result of torture in detention, have mostly not been investigated. Independent inquiries into excessive use of force, rape, and other forms of torture while in custody have not been carried out. Instead, the authorities have threatened those who have alleged violations, arrested some who have tried to uncover the truth and sought to discredit others who have tried to bring evidence forth.

Investigations into post-election abuses, where conducted, have been inadequate, not transparent and appear to make low-ranking officials scapegoats for the abuses that took place.

The campaign to demand accountability for the post-election abuses has been led by the Mourning Mothers group, which is made up of mothers whose children have been killed, disappeared or detained during violence following the election.

Amnesty International's June 2010 report Iran: From protest to prison: Iran one year after the election (AI Index Number: MDE 13/062/2010; 9 June 2010) documents a widening crackdown on dissent that has left journalists, students, political and rights activists as well as clerics languishing in prisons.

Let's continue to raise our voices for Neda.