The Dictatorship doth protest too much

It has no credibility 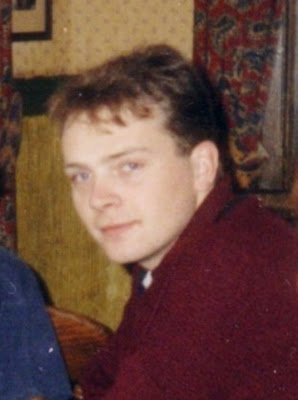 "Cuba does not need an objective evaluation 'of the situation in the country.' Cuba seeks no endorsement. In Cuba, there has never been a single case of extrajudicial execution or forcible disappearance. Our achievements in matters of penal justice and crime prevention are well recognized. Few countries can exhibit Cuba's results in the treatment of sanctioned people and their full reinsertion into society." Statement by Cuban U.N. mission in Geneva, June 9, 2010


The above paragraph is taken from a statement released by the Cuban government's diplomatic mission in Geneva and is in response to the special rapporteur's statement earlier in the day chastising the regime for not following through on the invitation they had extended to him on January 28, 2009.

First, Cuba desperately needs an objective evaluation of the overall situation in the country not just in the area of human rights (although that is a good place to start). The dictatorship in Cuba desperately wants to avoid an objective evaluation of its human rights record, with good reason. There have been objective evaluations over the years and they are not positive especially in the areas of civil and political rights, torture, and extrajudicial executions. Human Rights Watch in 1999 and again in 2009 presents detailed overviews. The Inter-American Commission on Human Rights (IACHR) has documented numerous atrocities and closely studied the Cuban legal system.

Secondly, the statement: "In Cuba,there has never been a single case of extrajudicial execution or forcible disappearance" is painfully untrue. Human Rights Watch, Amnesty International, the IACHR, and the UN Human Rights Commission have documented cases.

One well documented case cited by the Special Rapporteur on Extrajudicial, Summary or Arbitrary Executions is the sinking of the tugboat 13 de Marzo, which took place on July 13, 1994 by government agents and led to the extrajudicial execution of 37 men, women and children. Interviews with the survivors and photos and names of the victims in the video below:

Another case is that of Joachim Løvschall, a Danish student studying Spanish at the University of Havana gunned down by an AK-47 wielding Cuban guard as he walked home. The body remained hidden for days. The shooter was never identified. Ten years after his son's extrajudicial execution, Christian Løvschall spoke at a parallel forum in Geneva Switzerland about what had happened.

Third, the claim that "Our achievements in matters of penal justice and crime prevention are well recognized" is perversely true. The Telegraph offers a succinct description: "regular beatings, humiliation and arbitrary punishment with long periods of solitary confinement in cramped cells with cement beds." International human rights organizations are barred from visiting the island and even the International Committee of the Red Cross has not had access to prisons in Cuba for over 30 years, but what has emerged is evidence of widespread torture. As the following survivor Omar Pernet Hernandez can attest to:


Others like Sebastian Arcos Bergnes were not so lucky. Systematically denied attention he died a short time after his release, but he was able to address the UN Human Rights Commission in 1996 and present the reality within Cuba's prisons from his own experience. His son, Sebastian Arcos Cazabon, outlines what happened to his father which has been described as death by medical neglect. Sebastian Arcos Bergnes was an Amnesty International prisoner of conscience.

The February 23, 2010 death of prisoner of conscience Orlando Zapata Tamayo while on a hunger strike protesting prison conditions and the subsequent efforts by the dictatorship to smear his name, intimidate, and assault members of his family indicates that Cuba not only needs an objective evaluation of the human rights situation in the country, but also solidarity with the Cubans on the island who have had their human rights systematically violated for 51 years, and especially those who are imprisoned.

"I believe that unarmed truth and unconditional love will have the final word in reality. This is why right, temporarily defeated, is stronger than evil triumphant." -Martin Luther King.
Posted by John Suarez at 12:09 AM