Torture in Cuba: One man's experience on the other side of the Guantanamo Fence 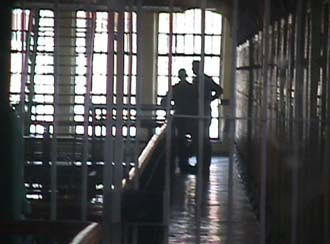 Miami, June 10, 2010 From now until August, Miami Dade College’s (MDC) renowned Art Gallery System will join Amnesty International, for a series of informative discussions and cultural programs about the history of torture and its effect on modern culture.

The latest program, Still I Rise: A Survivor’s Story, the story of Cuban torture survivor Amado Rodriguez, will be held on Friday, June 25, 2010 at MDC’s Freedom Tower.

Joining Rodriguez on the program will be Abigail Alexander from the Florida Center for Survivors of Torture, who will speak about the support services and resources available to torture survivors living in South Florida.

Rodriguez worked closely with Amnesty International Secretariat’s investigator for Cuba in the 1990’s under the umbrella of the Human Rights Watch. At 13, he joined the 26th of July Movement against the Batista regime and was later sent into exile to save his life.

At the height of the revolution, he returned and became an activist against Castro’s tyranny but eventually was detained and spent the next 18 years in prison. Today, Rodriguez is the coordinator of human and labor rights for the Solidaridad de Trabajadores Cubanos-Solidarity with Cuban Workers, an organization affiliated with international labor movements in Latin American and Europe. He is also the founder and an executive board member of the "Instituto de la Memoria Historica Cubana Contra el Totalitarismo."

Still I Rise is part of a series of informative discussions planned throughout the summer to coincide with the powerful Instruments of Torture through the Ages exhibition currently on display at MDC’s Freedom Tower until August 29, 2010.

The exhibition features nearly a hundred instruments designed for torturing and executing and is on loan from the Museo Toscana in Italy. Organizers hope the exhibition draws attention to contemporary human rights issues around the world.

Still I Rise: A Survivor’s Story 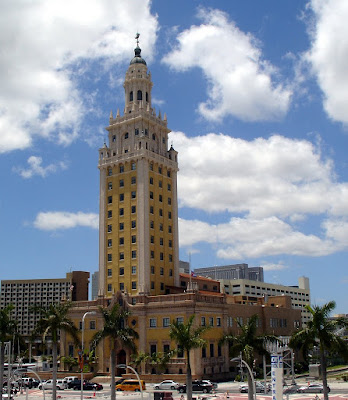 • COST: Free admission to the program. Admission to the exhibition will be reduced to $10 beginning at 5 p.m. All proceeds will benefit Amnesty International.

For more information about the exhibition, contact the MDC Art Gallery System at 305-237-7700 or galleries@mdc.edu. Reservations are required for the reception; please call 305-237-6379.

PARKING: Free parking is available in the parking garage, Building 7, diagonal from the rear of the Freedom Tower (corner of NE Fifth Street and Second Avenue).
Posted by John Suarez at 12:28 AM