Prisoner of Conscience Ariel Sigler Amaya: Before & After Cuban Prison

"The story does not end here. We are going to press on in the struggle, until the last political prisoner has been freed, until we achieve freedom and democracy for the Cuban people."
- Ariel Sigler Amaya in interview with Agence France-Presse (AFP) shortly after arriving home 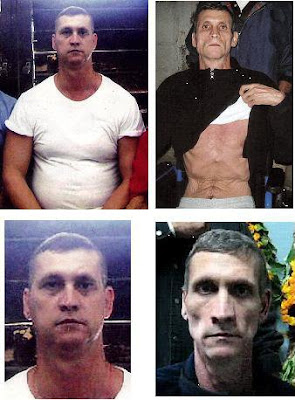 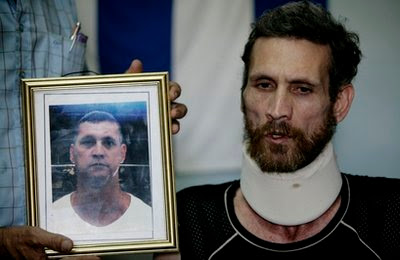 Emaciated, in a wheelchair, and his legs (in the photograph below) nothing but skin and bones. 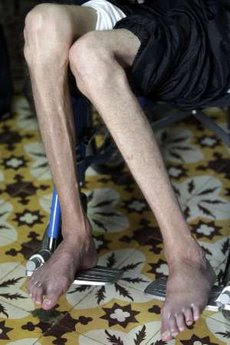 In the midst of a global conversation on Cuba and torture sparked by the withdrawal of an invitation to the UN expert on torture Manfred Nowak and his public comments along with UN Cuba Mission's coarse reply it is important to remember some concrete facts among the diplomatic theatrics and political spin:

1. There are hundreds of known political prisoners in Cuba and with laws such as "dangerousness" that locks people up because of their social class the number could be in the thousands.

2. They are enduring inhumane conditions and practices that amount to torture. As the pictures above attest.

3. Some prisoners have died as a result, others have been left crippled, their health compromised with illnesses acquired in prison, and others have died on hunger strike to protest conditions.