The 10 Tools of Online Oppressors

The world’s worst online oppressors are using an array of tactics, some reflecting astonishing levels of sophistication, others reminiscent of old-school techniques. From China’s high-level malware attacks to Syria’s brute-force imprisonments, this may be only the dawn of online oppression. A CPJ special report by Danny O’Brien 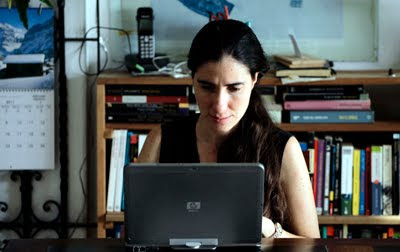 High-tech attacks against Internet journalists aren’t needed if access barely exists. In Cuba, government policies have left domestic Internet infrastructure severely restricted. Only a small fraction of the population is permitted to use the Internet at home, with the vast majority required to use state-controlled access points with identity checks, heavy surveillance, and restrictions on access to non-Cuban sites. To post or read independent news, online journalists go to cybercafes and use official Internet accounts that are traded on the black market. Those who do get around the many obstacles face other problems. Prominent bloggers such as Yoani Sánchez have been smeared in a medium accessible by all Cubans: state-run television. Cuba and Venezuela recently announced the start of a new fiber-optic cable connection between the two countries that promises to increase Cuba’s international connectivity. But it’s unclear whether the general public will benefit from connectivity improvements any time soon.