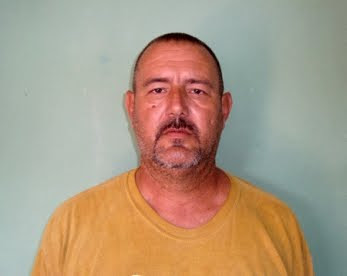 Juan Wilfredo Soto (dead at 46)
The headlines circled the world in English and in Spanish covered by Reuters, the BBC, CNN, AFP, AP, EFE that a Cuban dissident and former political prisoner, Juan Wilfredo Soto (age 46) had been beaten and arrested by Cuban regime police on Thursday, May 5, 2011 while protesting the dictatorship and died early on Sunday May 8, 2011. The beating had been so bad that he required hospitalization. He was buried on Sunday on Mother's Day.

Dissident Guillermo Fariñas Hernández told AFP: "There is not the slightest doubt that there was a cause and effect, and that Soto's death was related to the beating he was given," and went on to add that "If we do not do something, so that the government changes its stand toward peaceful protesters, we are going to be reporting even more deaths." Yoani Sanchez also describes a trend of increasing violence by police and that complaints against are silenced by fear. Juan Wilfredo prior to his death denounced the threats made against his person by agents of the dictatorship and you can hear him below (in Spanish):

"An official from State Security told me that those 15-days that you supported Coco (Guillermo Fariñas Hernández) will have consequences and be prepared for them." They placed agents outside of his home who spied on him and threatened him. His "support" of Fariñas was to join him in solidarity on a hunger strike demanding the release of unjustly imprisoned Cuban prisoners of conscience following the death of Orlando Zapata Tamayo on February 23, 2010.

Juan Wilfredo Soto left behind two children and their mom. He was a member of the Opposition Central Coalition and was known as "The Student." He was a former political prisoner who had served 12 years in prison. His mother, who suffers from a bad hip, buried her son on Mother's Day. Pictures of Juan Wilfredo Soto's family members provided by Yoani Sanchez through twitter taken below:

Juan Wilfredo's son on the right

Juan Wilfredo's son and daughter grieve for their father.
The sad part is that this is not an isolated case. There are others but the regime has been often successful in intimidating family members and destroying the evidence of their crimes. "This act of police violence is not an isolated case. Each day in Cuba those in uniform respect less the citizens," said Yoani Sanchez over Twitter on the day of the burial.

According to dissidents who attended and media accounts more than 80 attended Juan Wilfredo Soto's funeral despite a heavy police presence and state security operation that blocked some activists from attending. The government agents responsible for this man's extra-judicial death must be held accountable if not by national laws then by international law.

Rest in Peace Juan Wilfredo Soto "The Student"
Posted by John Suarez at 12:59 AM