From Cuba: The People's Path 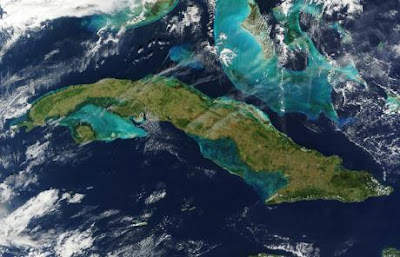 
Dear Cubans and friends from around the world:

Full of hope we present this document that will now be open for those that make it their own to sign it all who identify with its contents. The limitations of mobility and communication that are imposed and repression, have not allowed us to reach all our brothers in the struggle to present it to them, so we decided to go public before it is aborted. We believe that the document expresses the views of many members of the Cuban democratic movement, also called opposition or dissidence and the majority of Cubans, who now identify as their own. We present The People’s Path


THE WAY OF THE PEOPLE

This is the proposal and the purpose for the people of Cuba of the Cuban democratic movement, also called peaceful opposition and dissidence:

We work and struggle with love for Cuba and hope in the capabilities, value and goodwill of all Cubans, without classifying and dividing them by their ideas, beliefs, race or political positions, we are all Cuban and we are all brothers. And everyone, without exception, living in or out of Cuba, we will now be protagonists of the changes to freedom and peace here in this beautiful land that God gave us all as Country and Home.

It only corresponds to us Cubans to define and decide on the changes our society needs and fulfill our national project. But for citizens to be able to truly design, decide and build their future, they must be guaranteed by law their rights and an environment of trust and respect for all achieved In this way we can make a genuine national dialogue and begin the process of legal changes without exceptions, for the people to keep everything positive that they have created and change exercising their sovereignty what they decide to change.

The essential components of the transition for which we struggle peacefully and we now present the Cuban people are:

2. Achieving spaces that open participation with these changes in law and practice in respect of the rights of citizens, to convene a national dialogue and free elections for all offices and for a Constituent Assembly.

3. All Cubans without exclusions, without hatred, or vengeance, to make this transition in the way of truth and with transparency, reconciliation, liberty, solidarity, fraternity and peace, building a more humane and more just society in our sovereign and independent Homeland.


STEPS FOR THE CHANGE

Create a national commission composed of members of the government and the democratic opposition and other components of civil society, including representatives of trade unions, churches and fraternities, which guarantees the right to access, with equal opportunities, to diffusion in the mass media, of all Cubans individually, of their opinions and ideas, political and civic groups, churches, fraternities, social organizations and citizen groups. Free Internet access for all citizens and to foreign and national information by all technological means.

Members of the Cuban democratic movement propose this transition path demand space in the mass media, which costs are shouldered by the people of which we form a part, to present our proposals, ideas and criticisms that the people can judge for themselves and the right of all Cubans to establish private and social broadcasting media.

Decriminalization of opinion. Changes in the Criminal Code and other laws that guarantee freedom of expression and other rights. Ban all the mechanisms of surveillance, classification and repression against citizens.

Facilities, spaces, and respectful environment for students, workers, neighbors, farmers and other groups can meet and organize democratically. Legalization of civic movements, political parties, human rights organizations and all associations of citizens who request it legally. Promote a new Law of Associations to ensure this right without any ambiguity.

Removal of all restrictions on Cubans right to travel freely and end the requirement for "exit permit" for all citizens, including doctors, professionals, artists, technicians and the religious. End of confiscating property to those that emigrate and of the restrictions and need for permits for Cubans living abroad to be able to enter their country. End of the category of "final exit" and of charging in foreign currency documents of all kinds. Recognition of all citizens’ rights to all Cubans, living inside or outside of Cuba. Every Cuban is entitled to continue living in their home and no one can evict them, or strip them or deprive them of property or legally dwelling on their property, nor claim any compensation on account of being their former owner.

Removal of all restrictions on Cubans to travel within the national territory or settle in a different province to that in which they reside. Prohibition of persecution, abuse, humiliation and deportation to citizens exercising this right.

New electoral law that guarantees the exercise of popular sovereignty, so that all voters can be nominated for all elective offices, directly by citizens without candidacy commissions, so they can freely and democratically elect their representatives for each position. Creating a new National Electoral Commission composed of citizens proposed by the government, the democratic opposition and other members of civil society.

That the rights to free health care and education for all Cubans remain guaranteed, but without political and ideological conditions.

We demand fair wages and pensions, and prices commensurate with wages to reduce and eliminate the enormous difference between these and prices. Cubans live sentenced to poverty with no chance to overcome it. Low wages, restrictions of all kinds, prices and disproportionate taxes covertly hidden in dual currency and the poverty suffered by the people, makes it really the people who subsidize the government, its inefficiency and its privileged and not government that subsidizes the people. This abuse must be overcome immediately.

To avoid corruption, the so-called piñatas, privileges, abuse and benefit of those who hold positions of economic and political power, the exclusion of the majority of the poor and uninformed and increasing the already large economic differences and to begin a new stage Building sustainable and integrated development, deeper economic changes should be made only under the control of citizens through democratic institutions.

Cuba's natural resources, the work of its citizens, all that the people have created with love and effort throughout its history should not be, either privatized or subjected to investors, or sold or traded without the consent of people. But there can be no consent if there is not even knowledge, or mechanisms of citizen control, nor for the people to decide for itself.

Thus the profound changes that generate justice and equality for the benefit of all Cubans, of the integral development of the ecological health of the national independence, social justice and raising the quality of life for all must be realized once the Cubans have in the law all the rights and free elections so that a sovereign people, who knows best and judges for his own sake, to discuss, review and decide on their national economic project. Cuba can not be auctioned or distributed as a cake. Cuba is home and source of wealth for all Cubans.

The right to free employment of workers and respect for their rights and eliminating companies that rent the Cuban labor force to foreign companies and retain much of the earnings that belong to the workers. Laws should ensure for all Cubans the right to establish their own enterprises and private businesses and to hire workers respecting all their rights.

We draw the attention of all governments, unions of states, international organizations, employers, churches and individuals so that any dialogue, negotiation and agreement with the Cuban government be carried out with transparency and never behind the backs of the people nor without dialogue with the Cuban democratic opposition and other sectors of civil society, if they want to cooperate with peaceful change and not encourage exclusions and injustices that will only bring more pain to Cuba.
WE WILL PROMOTE


The conduct of a plebiscite for the sovereign people to decide on changes.

The call for changes in laws and all projects and peaceful initiatives which are designed to achieve democracy, human rights, freedom, reconciliation and popular sovereignty.

The participation of citizens in this path of change through the demanding of their rights and the dialogue that is respectful of diversity.

Among those of us who peacefully struggle for democracy in Cuba there is wide diversity and richness of ideas and projects. This document contains our common ground, our position and common determination to defend the most legitimate interests of the Cuban people and their rights. Governments, institutions and peoples of the Americas, Europe and the world, if they want to support the Cuban people respecting their right to self determination, support and take as a reference this common base of the Cuban democratic movement. If we are together in anything it is in love for Cuba and the objective of achieving all rights for all Cubans, liberty, reconciliation, peace and true democracy for the people to exercise their sovereignty and choose their projects, the changes and their future.
FOR THIS WE CREATE THE PATH TO PEACEFUL CHANGE: THE PEOPLE’S PATH
The Cubans have a right to their rights.

Lets make the path of the people.


Original document in Spanish here.
Posted by John Suarez at 1:39 AM