"I'm a professional revolutionary." - Ilich Ramírez Sánchez, a.k.a Carlos the Jackal, on trial in Paris for murders and terror bombings, November 7, 2011 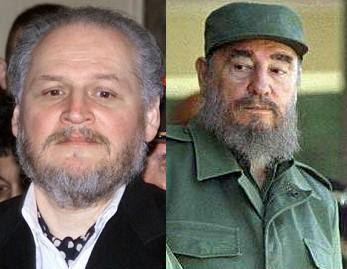 International terrorist Ilich Ramírez Sánchez, also known as Carlos the Jackal, who went on trial in France on Monday, boasted in an interview with the daily El Nacional of committing more than 100 attacks that claimed up to 2,000 lives explaining that:

With the means that I have in jail I began to make a rough account and the dead do not reach 2,000. Less than 10% of innocents suffered for it.

Later in the same interview when questioned about the attacks and asked if mistakes were made Ramírez Sánchez gave a candidly brutal answer:

Reporter - But then you, personally, believe that you were not mistaken in anything?
Ramírez Sánchez- Errors one commits all the time. President Chavez makes mistakes and thats normal, it is not a serious problem. Fidel Castro made ​​terrible mistakes.

Reporter- But people were killed in your attacks.
Ramírez Sánchez - Yes, but Fidel killed more people than me.

An interesting side note the Venezuelan terrorist claims that aide sent by both Hugo Chavez of Venezuela and the former despot of Libya Moammar Qaddafi did not reach him stolen by their respective underlings.

On December 24, 1997 Ilich Ramírez Sánchez was convicted of murder by a French Court and sentenced to life in prison. He responded to the sentence stating:

"I am satisfied and I am proud I chose my cause when I was 14 and I have never strayed."

According to the New York Times, "his real cause was anti-Americanism, adopted when he was a student in the 1960s looking for a way of defying U.S. domination and capitalist values the way Fidel Castro and Che Guevara had done for Cuba before him."

In France, a life sentence apparently means at least 22 years and now the international terrorist is on trial for the first time for acts of terrorism that took the lives of 12 people in order that he spend another 22 years in prison including "complicity in killings and destruction of property using explosive substances".

The tactics for which Carlos the Jackal is on trial facing a life sentence were and are glorified by the regime in Cuba. In addition, as early as the 1960s the Castro regime recruited, organized and trained terrorists from around the world to make them more effective. Carlos the Jackal is just one terrible consequence of the Castro regime's belief in revolutionary violence.
Posted by John Suarez at 8:21 PM