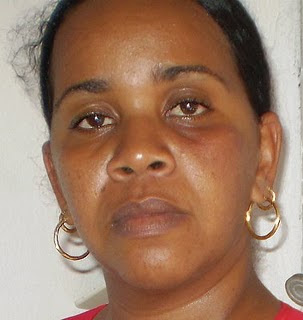 IACHR CONCERNED OVER ASSAULT ON BENEFICIARY OF PRECAUTIONARY MEASURES IN CUBA

Washington, D.C., November 10, 2011 - The Inter-American Commission on Human Rights (IACHR) expresses its concern over recent attacks suffered by Idania Yanes Contreras in Cuba. She is a beneficiary of precautionary measures granted by the IACHR on June 8, 2011.

Information the IACHR has received indicates that Idania Yanes Contreras was

arrested on October 31, 2011, when she was protesting to defend the rights of a political dissident who was on a prolonged hunger strike. Idania Yanes Contreras reportedly was taken to a police unit, dragged by her hair, and severely beaten in the head, abdomen, and back before being released on November 3, 2011. According to the information the IACHR has received, she left the detention center in a fragile state of health and entered the Arnaldo Milián Castro Hospital with injuries to her body.

The Inter-American Commission considers extremely serious the fact that the State of Cuba has not adopted the necessary measures that were requested by the IACHR to protect the life and physical integrity of Idania Yanes Contreras, considering the threats, attacks, and harassment to which she has been subject. The IACHR calls to mind that the State has an obligation to investigate of its own accord the facts that have been reported, and to punish those responsible for the attacks.

The IACHR urges the State of Cuba to immediately and effectively implement each of the precautionary measures granted by the Commission.

A principal, autonomous body of the Organization of American States (OAS), the IACHR derives its mandate from the OAS Charter and the American Convention on Human Rights. The Inter-American Commission has a mandate to promote respect for human rights in the region and acts as a consultative body to the OAS in this matter. The Commission is composed of seven independent members who are elected in an individual capacity by the OAS General Assembly and who do not represent their countries of origin or residence.