“I’m still youthful because of the demands of the cause. After we gain democracy, I will stay as an old lady.” - Aung San Suu Kyi, November 14, 2010

"I'll be involved in the same activities I did before they sent me to prison, which were not criminal but opposition" - Arnaldo Ramos Lauzurique, November 14, 2010 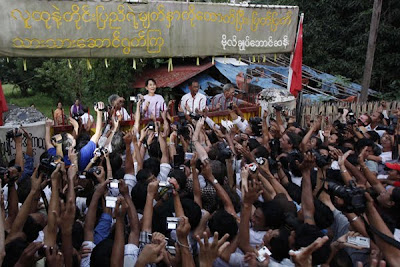 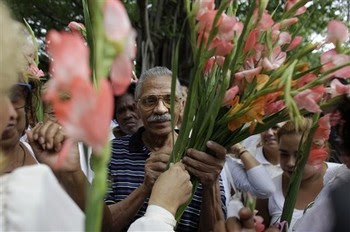 November 13, 2010 was a good day for freedom. Two prisoners of conscience on opposite sides of the world but facing similar regimes obtained there freedom. In Burma, Aung San Suu Kyi, age 65, and in Cuba, Arnaldo Ramos Lauzurique, age 68, both prisoners of conscience saw freedom after too many years in unjust captivity. They were freed hours apart from each other. 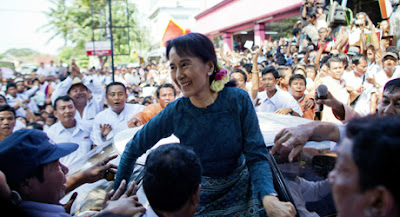 Aung San Suu Kyi with supporters following her release
Both have followed through with their pledges to remain active in the cause of freedom. Aung San Suu Kyi has struggled to obtain legal status for her political party the National League for Democracy (NLD) and the freedom of all political prisoners. 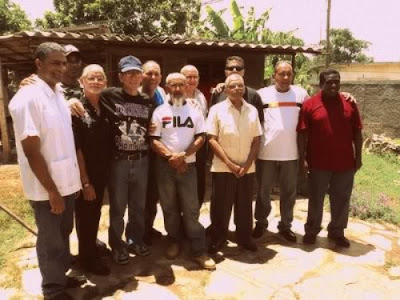 Arnaldo Ramos Lauzurique has been meeting with other former prisoners of conscience and rallying the opposition in Cuba to a unified platform. On June 4, 2011 he joined with other former prisoners of conscience in demanding a proper investigation into the death of Juan Wilfredo Soto Garcia who was beaten by the police on May 5, 2011 and died three days later.

Both Aung San Suu Kyi and Arnaldo Ramos Lauzurique could have left their respective countries and gone into exile avoiding years of imprisonment but they would prefer to stay and struggle using nonviolent means to achieve freedom for their respective peoples. This is something to be both recognized and honored.
Posted by John Suarez at 8:50 PM