Will you stand up for Tibet? 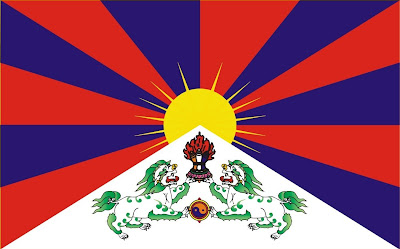 Today, November 2, 2011 is a Day of Action by Tibetans and Tibet-supporters being held the day before world leaders meet in Nice, France for a G20 Summit. Around the world demonstrations and actions are being carried out on behalf of the people of Tibet. Sadly, the regime in Cuba has been complicit in the suffering of the Tibetan people. All the more reason for Cubans and people of Cuban descent to demonstrate their solidarity with Tibet. Will you take a few moments to sign a petition and take a stand for Tibet? Additional information is available below.


Ten young Tibetans have set fire to themselves in eastern Tibet since March 2011; eight since 26 September. At least five have died including a nun. These unprecedented and truly desperate acts are a cry to the outside world for help.

Seven of these self-immolations are linked to Kirti Monastery in Ngaba, one of the largest and most influential monastic institutions in Tibet. China’s merciless and violent crackdown in Ngaba and throughout Tibet is intensifying Tibetan grievances and exacerbating the resentment and desperation felt across Tibet

This growing tragedy, if left unchecked, could spiral even further into a nation-wide crisis, unless the world acts now.

The international community, both citizens and governments, must Stand Up for Tibet. Global diplomatic intervention now will save Tibetan lives.

We demand a coordinated international response by world leaders to condemn China’s repressive measures in Ngaba and across Tibet, and to institute multi-lateral mechanisms to advocate for the Tibetan people. Most immediately, we call on China to withdraw its security forces from Ngaba and across Tibet now, and stop the ongoing harassment and torture of monks.

Email ThisBlogThis!Share to TwitterShare to FacebookShare to Pinterest
Labels: petition, Students for a Free Tibet, Tibet