“We are not going to give in or kneel. We are going to continue in the streets, fighting for Venezuelans and the youths who want a democratic country, with free media that aren’t censored or self-censored, with justice and equity.” - Juan Requesen, student leader at the Universidad Central de Venezuela. 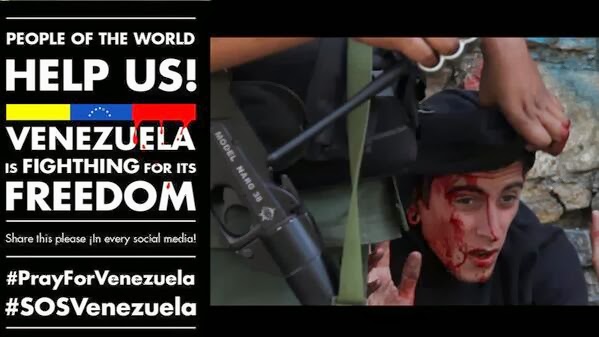 Over the past 24 hours the news of violence, brutality, torture, and killing of students has increased to disturbing proportions.  This is a strategic decision of the Maduro government and their Cuban handlers. The successful mass mobilization of millions of Venezuelans to take to the streets in Venezuela and join mass protests led and organized by students is due to their independent and nonviolent character. It has also captured the imagination of activists all over the world and solidarity demonstrations have been held in different cities. I attended one yesterday afternoon in Miami. Videos are appearing of students from around the world demonstrating their solidarity with student protesters in Venezuela.

This is not to say that demonstrators are unaware of the danger of violence against their persons, but they know that they do not need to engage in acts of violence to take part in these demonstrations. What the regime is doing with the violent provocations that involve beatings, anally raping a student with a rifle butt, disappearing students, and shooting students in the head seeks to turn the nonviolent movement violent.

There are infiltrators in the movement, sent by the government, seeking to fan the flames of violence. Until now the student movement has maintained its nonviolent discipline and that is why it is succeeding and the Maduro regime and their Cuban allies are nervous and engaging in acts of terror and humiliation to reduce participation and to obtain a violent reaction from the student movement. At the same time that the "government" organizes mobs and military to fire on unarmed nonviolent students to disperse their peaceful demonstrations they call the students fascists engaged in a coup when it is the Maduro regime that has criminalized nonviolent dissent. The evidence is well documented on film.


George Orwell would have a field day with the Maduro regime's Newspeak.

This is a war, albeit with one side using nonviolent methods that give it an asymmetrical advantage over the government and its allies who are trying to maintain power through brute force and terror. If for some reason the student movement would give up their nonviolent stance provoked by whatever hostile action it would benefit the dictatorship because the movement's assymmetrical advantage would be lost. People are less likely to turn out if they know that they have to hurt or kill someone then attend a march, rally, or a sit-in. A turn to violence would mean that the movement would no longer be adding as many supporters as it is now. It would be a decision led by a justified and humane reaction to regime provocations but nevertheless the turn to violence would be a stupid choice.


The best response to the desperate and evil outrages committed by government agents and their allies is to document them as best as possible, identify the perpetrators of the human rights violations committed and pass on on the information to the press, international human rights organizations such as Amnesty International, Human Rights Watch, World Organization Against Torture, the office of the High Commissioner for Human Rights and the Inter American Commission on Human Rights. In the short term there are urgent action mechanisms that can quickly call attention to the Maduro regime that the world is watching. The reports presented can also later be used to prepare the ground work for future prosecutions of the perpetrators for crimes against humanity and/or war crimes. 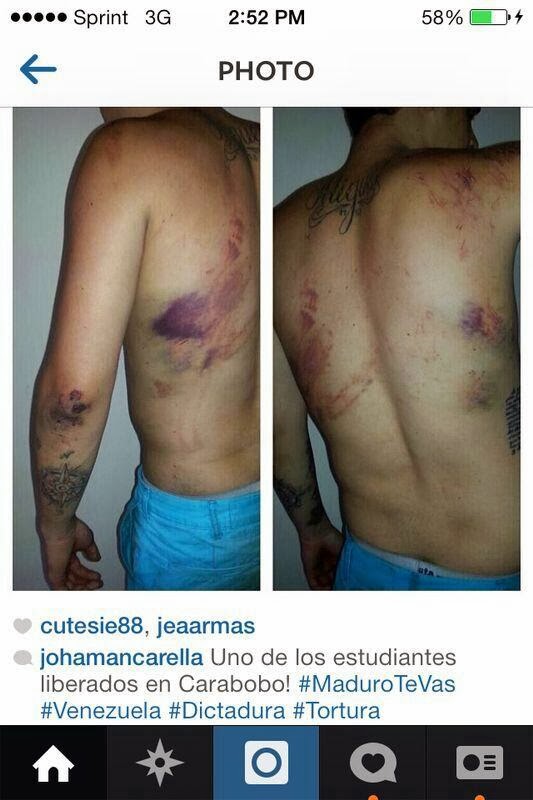 Making this known will have a chilling effect on the obedience of repressors to act if they know that they will be identified and at some future time be held accountable in a court of law for the atrocities they committed for "President" Maduro and the Castro regime. Instead of threatening repressors with violence challenge them with international instruments that are recognized as legal and legitimate the world over.