Youth and Students address the Venezuelan Nation: Now is the time for Resistance 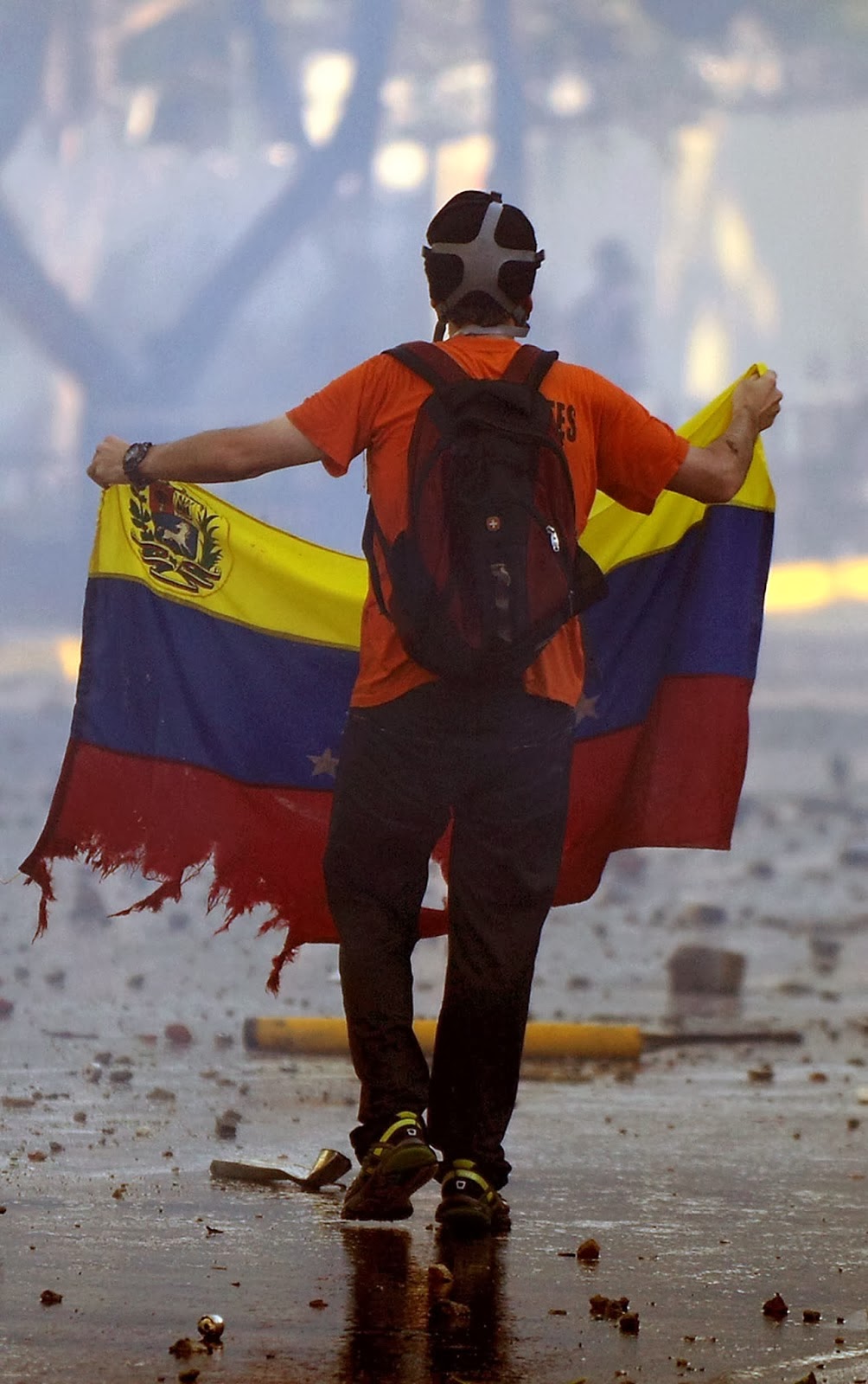 The undersigned hold that:

"Foreign military forces have laid siege to Venezuela. Their mercenaries attack us in a vile and savage manner. Their goal is to enslave us and to be the conductors of our existence, dishonoring the flags that have kept us in the street and that we will defend to the death.

We want our Freedom. It is vital to defend the sovereignty of the nation, expelling Pro-Castro Cubans who are usurping the government and the Armed Forces.

We do not accept nor will we accept the criminal policy promoted by the regime, impunity, repression and persecution. It is unacceptable that this regime continues to promote the impoverishment of the people, enough of humiliating Venezuelans and reducing them to subsistence levels. We are not and never will be your slaves. Censorship is unacceptable as is the siege on the Freedom of expression.

We are outraged and it makes us our blood boil that Cubans are intervening in our affairs as a Nation.

We demand the deposition of the usurper Nicolás Maduro and his entire cabinet, in addition, the Freedom for all our political prisoners and the disarmament of the collectives.

You cannot dialogue with those who have tortured and sexually abused comrades in the struggle. You cannot talk to murderers. Our principles do not allow us to dialogue with who protect irregular groups firing against the defenseless population to instill fear.

We will protest until our demands are met. We will conquer the Freedom of Venezuela and expel the Castro- communists from the homeland! The street should remain ours. Our will to be free is unwavering, which is why, as repression intensifies, grows the courage of a country that aspires to be reborn and to be great.

The Student and Youth Movement is the spearhead of this great Venezuelan awakening. What guides us are our hearts: we are neither with the government nor with those who falsely oppose, we do not respond to any particular political interest or respond to any economic interest. We are with the Venezuelan people; we are the sons and daughters of the people. That people who suffer daily in order to get food, the people that when sick cannot heal properly because it cannot obtain medicines, these people who every day are victims of a group of thugs allied to the regime that steals and kills with impunity. That people who long for a decent job where their salary will be enough for them to live with dignity. People of Venezuela: all your sons and daughters have taken the first step.

People of Venezuela: It is necessary that you actively join this protest and national mobilization. If we do not overcome, the death of our comrades would have been in vain, and the problems will not be solved. If we do not overcome, death will overtake us as well. 200 years ago, we won our independence; let's do it again all together, doing honor to the blood of young patriots who have given everything for Venezuela. We are not opposition: it is the hour of the Resistance, that's who we are.

IF YOU ARE IN AGREEMENT WITH THIS POSITION, SPREAD THE MESSAGE AND ADD YOUR NAME.