Before Moratinos arrived on the scene between March 18, 2003 and December 2004 fourteen prisoners of conscience were released while EU sanctions were in place along with Spain backing greater international pressure on Cuba. The British Ambassador to Cuba until 2004, Paul Webster Hare, in the essay below observes that since the dropping of EU sanctions there were no other mass releases of prisoners until July 2010. This underscores the case that it was the death of Orlando Zapata Tamayo after 83 days on hunger strike combined with Ladies in White marching for 7 days on the 7th anniversary of the March 18, 2003 crackdown that brought the dictatorship to the point of being willing to release the remaining prisoners of conscience from the March 2003 crackdown. 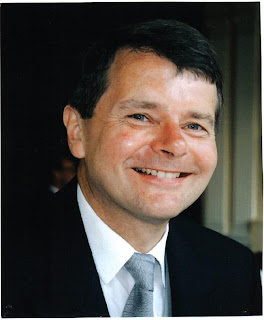 It took more than dialogue to free them

Cuban political prisoners are being released because of dialogue, Spanish Minister Moratinos is telling the European Union. He is claiming the Spanish government's approach is vindicated and that the EU Common Position on Cuba should now be abandoned. There is a ``new era'' in Cuba.

The promised release (or exile) of 52 political prisoners is welcome news, but how really did it happen and how should the international community now engage with Cuba?

Dialogue with Cuba is nothing new to the EU. Since the Common Position was agreed upon in 1996, scores of EU ministers from member countries have visited Cuba, and many Cuban government officials have visited Europe. The EU has sponsored major cooperation programs with Cuba and exchanges in science, education, sport and culture. EU tourists and foreign investment have followed. The objective is to promote greater political and economic openness from within Cuba.

This EU dialogue and engagement with Cuba has been achieved with a Common Position. Indeed such instruments are widely used to coordinate EU foreign policy. The EU and Cuba opened a formal EU Commission office in Havana in March 2003 and the Cuban government was delighted.

However, five days later, when the eyes of the rest of the world were on Iraq, the EU reacted to Cuba's crackdown and jailing of the 75, whose releases we see now. The EU imposed diplomatic sanctions on Cuba and invited the dissidents and their families to their parties, alongside members of the government. Fidel Castro was furious, staging massive rallies against the Spanish and Italian embassies and freezing diplomatic contacts. The British embassy received a bomb threat. The solidarity which the EU fostered helped the formation of the Damas de Blanco group. They and Oswaldo Paya have both won EU Parliament prizes. All this was under the Common Position.

Moratinos came to office in 2004 and proposed a radical shift in EU policy. He questioned the purpose of the sanctions, arguing the Common Position stood in the way of ``a serene and confident relationship'' between the EU and Cuba. Moratinos set about negotiating the sanctions away.

Fourteen prisoners were released by December 2004 (while the EU sanctions were still in place) including prominent figures like Raul Rivero, Martha Beatriz Roque and Oscar Espinosa Chepe. Since the dropping of the EU sanctions there were no other mass releases of prisoners -- until July 2010.

Moratinos' diplomacy has involved regular contact with the Cuban government. Yet when in Havana he has refused to meet opposition figures and did not question the Cuban government's record on human rights. In 2009 Moratinos said that the scrapping of the Common Position on Cuba would be a centerpiece of the Spanish EU presidency in the first half of 2010.

Why? Because it was disrespectful to the Cuban government and stood in the way of a ``normal'' relationship between Cuba and the EU.

As often in Cuba policy, events have intervened. Five years after the EU dropped its sanctions, Yoani Sánchez was being attacked, the Damas de Blanco were being harassed and threatened and Orlando Zapata Tamayo had died for the cause of the dissident prisoners. On March 11, the European Parliament condemned the Cuban government for Zapata's death and called for renewed EU attention to human rights. On March 24, President Obama echoed the same sentiments. In April 2010, Cardinal Jaime Ortega gave his now famous, forthright interview to the Catholic Church's Palabra Nueva, and respected Cubans like Silvio Rodríguez and Carlos Varela criticized repression in Cuba.

The prisoner releases are not then simply attributable to ``dialogue.'' The EU has had to play a more versatile role as Cubans themselves have been emboldened. The church's assertiveness followed EU and international outrage and showed what many suspected -- that the church had long underused it potential for political influence.

The church has now embraced the dissidents' cause and wider frustrations. Combined with the opposition's own courage they have forged an effective alliance. But the EU has also continued to focus on Cuba. Its tourists, investment and cooperation are still there. But it refused to abandon the Common Position in June 2010 as Moratinos wanted, postponing their review until September. We see the results today.

Moratinos can claim credit for keeping the EU's attention on Cuba but the firmness of the collective EU in denouncing Cuban repression has surely proved more valuable since 1996. It has helped to produce more than dialogue for its own sake. The EU should heed these lessons when it reviews Cuba policy -- and the continued lack of basic freedoms on the island -- in September.

Paul Webster Hare was British ambassador to Cuba from 2001-04 and was in Havana at the time of the jailing of the 75 political prisoners in 2003. He is also the author of Moncada: A Cuban Story