A Hunger Strike for access to health care & family 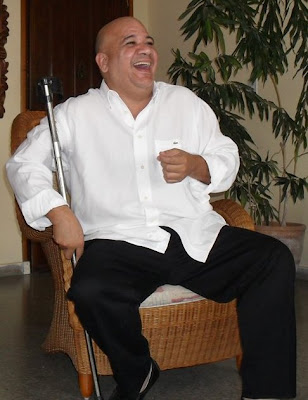 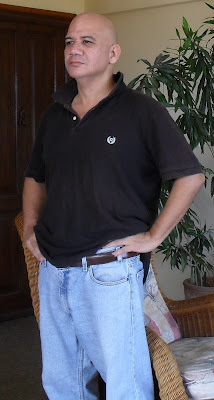 Juan Juan Almeida is in Miami with his family and in the process of obtaining much needed medical care for a degenerative autoimmune/inflammatory disease: ankylosing spondylitis which the Cuban healthcare system was unable (or unwilling) to treat. Human rights activists and dissidents have been left emaciated through a process of ill treatment resulting in malnutrition and in at least one case paraplegic. To avoid their fate this son of past priviledge had to undergo a water only hunger strike and risk death to save his life and see his family again.

Although Juan Juan Almeida was the son of one of the political insiders of the Cuban dictatorship and Fidel Castro's godson he had fallen out of favor with the regime. When his father, Comandante Juan Almeida died, he was kicked out of his father's funeral. Despite a nice home and family abroad was otherwise treated not like one of the well connected but like an average Cuban. No longer able to travel freely since 2003 nor given access to state of the art health care available to the nomenklatura and foreigners. Human Rights Watch documented the travel restrictions placed on him in their 2010 report.

As years passed and the degenerative disease progressed and the risk of being physically crippled increased along with the pain. Juan Juan began to protest his situation. Escalating into new tactics over time and finally arriving at the ultimate non-violent method of protest: the water only hunger strike. Since, he was not in prison, he was able to announce his hunger strike on camera and issue his specific demands which were to be able to travel out of Cuba to see a doctor and embrace his family.

He was able to provide periodic updates like the one below given to Yoani Sanchez six days into the hunger strike.

After beginning the hunger strike he would still resort to some of his earlier high profile tactics, for example, taking to the streets demanding his right to travel. His relationship with prominent Cuban bloggers like Claudia Cadelo and Yoani Sanchez let the world know and see first hand his protests. Eventually he would begin his own blog and communicate to the world.

There are a number of factors of why his hunger strike ended with his arrival in Miami and not his death unlike the case of Orlando Zapata Tamayo. It is important to analyze what were the different factors and circumstances that led to the different outcomes.


Michael Nagler in his course an Introduction to Nonviolence filmed in the fall of 2006 offers a great analysis of fasts and hunger strikes beginning at 46 minutes 38 seconds, and is highly recommended for a deeper understanding of fasts and hunger strikes. In the video Nagler offers a word of caution: "Nonviolence is not a feel good operation its very scientific you have to know when to do what."


Nagler describes fasting unto the death within nonviolence:

"This is not a case of suicide. You are not killing yourself. You are risking death. What you are doing is putting your life into the hands of another person." ... "You are not killing yourself but you are saying to the person that your behavior is so unacceptable that if you continue it its going to kill me. It is an extreme case of taking on the suffering that is in a situation." ...This is different from a threat because what you are saying to the person is "I am going to exhibit to you mirror back to you the ultimate consequences of what you are doing." ... "This is an act of truth. You are killing us - you are killing our people and I'm going to show you that you are doing it to awaken your conscience."...Thats why you have to be carrying on a conversation on a nonverbal level.

There are no guarantees in nonviolent resistance as there are not in violent resistance but in studying the terrain and observing the strategy and tactics carried out one can gain an idea of what the likelihood is of success. In the case of Orlando Zapata Tamayo, imprisoned and cut off from the rest of the world with no ties to the dictatorship and years of principled non-violent opposition. This method of protest was consistent with the rest of his life. His demands were doable: stop torturing him and provide decent care to him and other prisoners. It was a last resort after nearly seven years of torture, beatings, and degradation. However, he did not have the right audience: according to Nagler you should only fast against someone who has sympathy with you on a deep level.

Now in the case of Guillermo Fariñas, he was not imprisoned therefore could communicate his strike to the world, but was also someone that the regime did not have ties of affection. On the other hand Juan Juan Almeida did have those ties, as Fidel Castro's godson and the son of one of the Comandante's of the revolution. A man without a history of violence making his protest in line with the rest of his life. Although not a guarantee that they would not let him die it increases his chances of success over both Orlando Zapata Tamayo and Guillermo Fariñas.

Nevertheless Orlando Zapata Tamayo's death shook the dictatorship and in that aftermath increased the odds for both Guillermo and Juan Juan's successful hunger strikes, but in the absence of the Zapata non-violent moment it would have been Juan Juan Almeida with the better chance to succeed.

Nevertheless, it required an escalation to a total hunger strike on August 9, 2010 and hospitalization along with the mediation of Cardinal Jaime Ortega for Juan Juan Almeida to be granted permission to travel and obtain the health care and reunification with his family that he had been asking for since 2003. 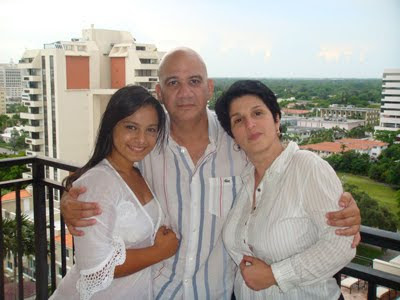