BBC mentioned some but left other prominent Cuban dissidents out

This blog entry aims to highlight a few more members of the Cuban democratic opposition as well as post Amnesty International's new video on Freedom of Expression in Cuba:

"To love one's neighbor is also to love one's enemy. Although in reality that qualifier-"enemy" does not exist in my vocabulary. I recognize that I only have adversaries and I have acquired the capacity to love them because in this way we do away with violence, wrath, vengeance, hatred and substitute them with justice and forgiveness."
- Dr. Oscar Elias Biscet Gonzalez, upon completing 40 day fast in 1999 to protest 40 years of dictatorship


Dr. Oscar Elias Biscet, has been recognized by Amnesty International as a prisoner of conscience and is serving an unjust prison sentence and a month before his last detention he had just finished serving a three year prison sentence for holding a press conference in 1999.

Dr. Biscet organized teach-ins on nonviolence and human rights; distributed copies of the Universal Declaration of Human Rights, and organized a 40-day fast in 1999. He is a disciple of Mahatma Gandhi and Martin Luther King Jr.

Although detained since December 2002 he was included in the group of 75 activists rounded up and arrested in March 2003, during what became known as the Black Spring and sentenced to 25 years in prison. A documentary on his life, Oscar's Cuba, is currently being screened in film festivals around the world.

"There are still those who perpetuate the myth that the exercising of political and civil rights is an alternative to a society’s ability to achieve social justice and development. They are not mutually exclusive. The absence of any civil and political rights in Cuba has had serious consequences such as inequality, the poverty of the majority and privileges of a minority and the deterioration of certain services, even though these were conceived as a positive system to benefit to the people."

Oswaldo Payá a founding member of the Christian Liberation Movement in 1988. In 1997, Payá and other members of the Christian Liberation Movement collected hundreds of signatures in support of their candidacy to the National Assembly. It was the first time that citizens had presented themselves as candidates with popular support and without the government’s backing; however, the electoral commission did not accept their candidacies.

In 1998, together with other members of the Christian Liberation Movement Payá founded the Varela Project and with the coalition “All United” collected more than 25,000 signatures from Cubans and presented them to the Cuban National Assembly for democratic changes via a national referendum. However, the National Assembly has ignored this constitutional request. In October 2002 Oswaldo Payá was awarded the European Union’s Sakharov Prize. 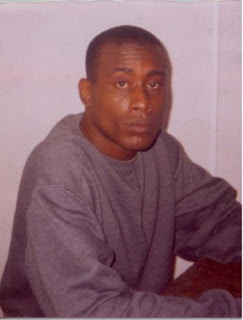 "We are defending the right of all Cubans to be free through their own efforts, because we must not forget that the tragedy of Cuba is in the daily confrontation of the people with the dictatorship that oppresses them."

Jorge Luis Garcia Perez “Antunez spent 17 years as a political prisoner due to his nonviolent advocacy for democracy in . He was released in 2007 having served his full sentence. He and his wife, Iris Perez Aguilera have been detained, harassed, spat upon and beaten innumerable times since his release from prison. He has a blog, “Ni me callo, ni me voy,” (“I won’t shut up, I won’t leave”) and is on twitter. He is organizing a nationwide civic resistance coalition despite the dictatorship’s repression. 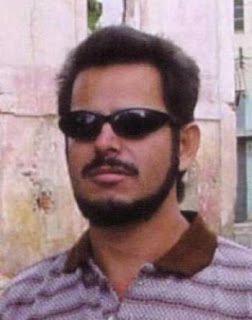 "I'm not afraid at all. These people threaten that they are going to enter my home, but they will have to take me by force," he states. "If I withstood 26 months in prison under daily torture by Cuban military officials, harassed, beaten up, and poisoned by chemical substances from which I still suffer, then I will withstand inside my house for 26 months more."


Lawyer Juan Carlos González Leiva, who is President of the Cuban Foundation for Human Rights (Fundación Cubana de Derechos Humanos), and is blind has been subjected to a number of so-called "acts of repudiation" ("acto de repudio"), gatherings of government supporters outside the homes of dissidents and activists, which are often orchestrated by the authorities.

Amnesty International believes that these "acts of repudiation" could amount to psychological torture. Despite that he has organized a nationwide network of human rights activists called the Council of Human Rights Rapporteurs of Cuba and successfully presented a report on ’s human rights situation that was taken into consideration during ’s first Universal Periodic Review at the United Nations Human Rights Council


This is just a small sampling, and like the BBC news article that inspired this blog entry, there are many other worthy activists that deserve to be highlighted both in and out of Cuban prisons. There are also images of Cubans taking to the streets, even an individual protest has an impact.

In the video below posted on Cuban blogger Claudia Cadelo's website Juan Juan Almeida, who went on hunger strike on June 15, 2010 demanding the right to leave Cuba to obtain medical treatment not available in the island, takes to the street at 23 and L in Havana protesting his situation and is met by Cuban state security.