Christmas, Cuban prisoners of conscience & the power of love

You have heard that it was said, 'Love (agape) your neighbor and hate your enemy.' But I tell you: Love (agape) your enemies and pray for those who persecute you, that you may be sons of your Father in heaven. He causes his sun to rise on the evil and the good, and sends rain on the righteous and the unrighteous. If you love those who love you, what reward will you get?
—Matthew 5:42-44 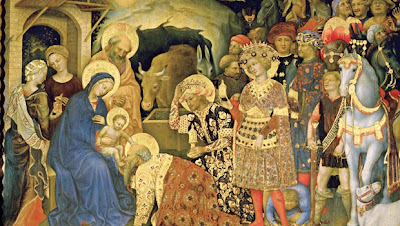 Cardinal Jaime Ortega in The Washington Post: "hope springs eternal" that Havana will honor its "formal promise" to free them.

The Washington Post reports that "The Roman Catholic Cardinal who helped broker a deal with Cuba to free dissidents jailed in a 2003 crackdown says he hopes the government will make good on its pledge to release the last 11 remaining in prison."

There is a commonality that all the 2003 prisoners of conscience still behind bars share according to The Washington Post:

Cuba agreed to the deal in July. All 52 were supposed to be freed by early November.

Exile was not an explicit condition of the agreement, however all but one of the 41 released so far are now living in Spain.

Those still behind bars have said they want to remain on the island.

These 11 men are "guilty" of loving their country not wanting to leave it and having the courage to say, while still in prison, that if released they will continue working to obtain democratic change using nonviolent means. The very reason the Cuban dictatorship unjustly imprisoned them in the first place.

The term "love" is not a sentimental or weak love, but the powerful "love" known through Christian thought and the ancient Greeks as "agape." C.S. Lewis in his book The Four Loves offered an explanation of the the four Greek words that are translated as love in English: "storge" (affection), "philia" (friendship), "eros" (sexual or romantic love) [ all of which have a rational basis for existing based on self-interest and reciprocity]. It is the fourth kind of love that Lewis describes as "agape" (selfless love) "passionately committed to the wellbeing of the other" that applies here. It is also the reason that the Cuban dictatorship could not predict that this would happen. Because agape has been described by Peter Kreeft as a "scandal to reason because it means loving people not just in terms of justice or what they deserve, but simply loving them absolutely. " It does not fit into the dialectical materialist framework. It transcends both the dialectical and the material because it is of the spirit and not the flesh.

Dr. Martin Luther King Jr. while visiting St. Augustine in the 1960s at the height of the Civil Rights struggle spoke [in the video above] of this kind of love and the impracticality of violence:

"Its difficult advice and in some quarters it isn't too popular to say it...Let us recognize that violence is not the answer. I must say to you tonight that violence is impractical...We have another method that is much more powerful and much more effective than the weapon of violence...Hate isn't our weapon either...I am not talking now about a weak love it would be nonsense for an oppressed people to love their oppressor in an affectionate sense I'm not talking about that too many people confuse the meaning of love when they go to criticizing the love ethic. ...I am talking about a love that is so strong that it becomes a demanding love. A love that is so strong that it organizes itself into a mass movement and says somehow I am my brothers keeper and he is so wrong that I am willing to suffer and die to get him right and to see that he is on the wrong road."

As Christmas approaches and the Christian world prepares to celebrate the birth of Jesus Christ and begins to reflect on the "scandal of the cross" and the significance of Easter. It can be said that these men are following a distinctly Christian path.

Hopefully, after so many years separated from their families these prisoners of conscience will be able to celebrate Christmas at home with them this year. Nevertheless, one thing is certain whether in prison or back home their selfless sacrifice for the good of all Cubans follows Christ's teachings and with their example offers everyone hope. At the same time one cannot forget that there are still scores of political prisoners that will still be in prison despite the release of these 11 and they should not be forgotten.