2010 in Cuba: The year of the Martyr Orlando Zapata Tamayo

Lets prevent 2011 becoming the year of the Martyr Agustín Cervantes 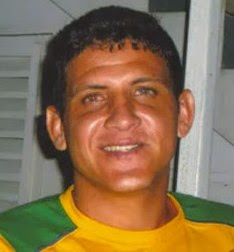 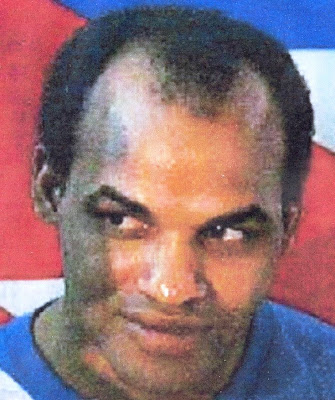 Over ten months ago on February 23, 2010 Cuban prisoner of conscience Orlando Zapata Tamayo died after a prolonged hunger strike during which prison officials denied him water for over two weeks. The Cuban regime did not expect the international outcry over Orlando Zapata's death but initiated an intense effort to re-write his life story and slander his memory but it failed.

This extrajudicial killing of Orlando combined with the brutalization of the Ladies in White a month later on the seventh anniversary of the Cuban Black Spring created a situation combined with an economic crisis that led the Cuban regime to the negotiating table. The result of this negotiation mediated by the Catholic Church was a commitment by the regime to release all the prisoners of conscience imprisoned during the March 2003 Black Cuban Spring.

The prison conditions and attacks against the dignity of these prisoners continue. Sadly, so do prisoners going on hunger strike.

On September 7, 2010 when Agustín Cervantes García refused to wear the uniform of a common prisoner he was tied up and beaten up by prison guards at Aguadores prison and transferred to Boniato prison. In the youtube video above Agustín describes from prison (in Spanish) the abuses he has been subjected to and the possibility that he would have to begin a hunger strike to defend his dignity and fundamental rights as well as those of his captors:

"Our nonviolent struggle is for everyone. The same guards who lacerated my body and mistreated me. I’m fighting for them to be free, because they themselves do not know, do not have knowledge of what liberty is. They are real victims of a system that has taught them nothing other than torture, mistreatment and degradation of humans.”

On December 14, 2010 he began a hunger strike demanding that his rights and dignity as a human being be respected. One year earlier in December of 2009 Orlando Zapata Tamayo initiated a hunger strike for the same reasons. Despite the pleas and calls for media attention by high profile dissident leaders such as Oswaldo Payá Sardiñas at the time there was minimal press coverage for Orlando Zapata. Now it appears that this horrific cycle of indifference is repeating itself with Agustín Cervantes. On December 24, 2010 Oswaldo issued a call to save his life describing the outrages surrounding his unjust arrest, trial and imprisonment:

Agustín in addition to demanding an end to the cruel and degrading treatment by prison officials is also demanding that the remaining 11 prisoners of conscience arrested during the 2003 Cuban be released without having to go into exile.

They were supposed to have all been freed by November 7, 2010 but the regime has failed to honor this commitment. Instead Reina Luisa Tamayo, the mother of Orlando Zapata has suffered beatings and death threats.

Another Christmas came and went in which these non-violent prisoners of conscience were separated from their families. The Ladies in White on Twitter on Christmas Eve tweeted to the world that "Eleven dissidents of the Black Spring of 2003 remain in prison, today is December 24 FREE THEM so they can celebrate Christmas!" They are still there on December 30, 2010.
The Cuban regime would prefer to release political prisoners that have allegedly committed violent acts into exile then free these 11 prisoners of conscience who are non-violent.

Meanwhile as Agustín Cervantes's health deteriorates and international media remain indifferent to his plight has led Oswaldo Payá Sardiñas on December 28 to ask him to end the hunger strike so as not to sacrifice his life or become so incapacitated that prison guards can "assist" in ending his life and blame it on the hunger strike. Payá has also denounced the repeated transfers of Agustín from one prison to another while in such a fragile state of health.

According to independent journalist Ana Aguililla on December 30, 2010 the home of Agustín's family was under siege by political police and paramilitary elements harassing and brutalizing his family.

"I am convinced that publicity is the sole effective means of combating the evil and lawlessness which is rampant in my country today." - Anatoli Marchenko
Posted by John Suarez at 8:47 PM