"In all honesty, in Latin American there is only one dictatorship: the Cuban." -Oscar Arias, former President of Costa Rica, Editorial Mexicana, 10/24/11 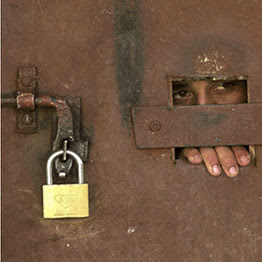 Despite their best efforts to spin and manipulate the media in order to cover up the dismal human rights situation on the island the facts are overshadowing the dictatorship's "good press." The ability of Cuban activists to tweet what is happening in Cuba in real time is circumventing both the official press and the cowed international bureaus in the island.

Late yesterday afternoon at the same time that state security carried out an operation against activists gathering at a park in Havana, Yoani Sanchez reported about it first tweeting, "Something is happening right now at the Martin Luther King park on 23 St in Vedado. Huge police operation, I'll find out the details!" In a follow up tweet she fulfills her earlier promise explaining: "Several civic activists prepared a meeting today at the park, but were prevented by the [state security] operation from reaching it. There were many detainees" In a final tweet on the subject Yoani identifies: "Detention confirmed of activists Sara Martha Fonseca and Rodolfo Ramirez to impede them arriving at the park." 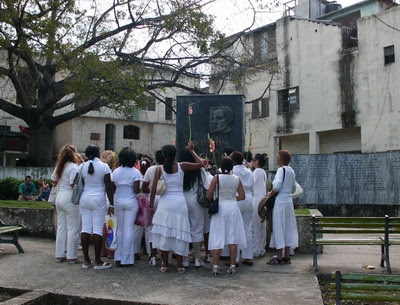 Martin Luther King Jr. park in Havana, Cuba
In less than 420 characters over three tweets the world learns that Cuban state security has engaged in an act of repression detaining many Cuban civic activists and the names of two of the detainees: Sara Martha Fonseca and Rodolfo Ramirez. Sara Martha Fonseca's son, Julio León Fonseca confirms the names of the two identified detainees in Havana over the phone with the Cuban Democratic Directorate.

The ability to inform both via twitter and telephone is not due to the authorities reducing limits on criticism but rather activists circumventing censors and controls. They have paid a steep price for informing the world. Yoani Sanchez has been kidnapped and beaten up. Julio León Fonseca has suffered physical violence and arrest at the hands of state security trying to obtain information on the whereabouts of Cuban civic activists.

Cuban civic activists using the internet to inform the world have been vilified in the official media and are threatened with prison creating what human rights organizations have described as a climate of fear. Human rights defenders have suffered libel, threats and imprisonment in order to document and report what is happening. In the past, a founding member of the Cuban Committee of Human Rights, died of medical neglect after a long and unjust imprisonment.

Nevertheless, courageous Cubans continue to speak out and risk all to get the facts out to the world and the dictatorship can try to hide its true nature but fewer and fewer are falling for the regime's lies.
Posted by John Suarez at 2:51 AM