"When our revolution is judged in future years, one of the matters on which we will be judged is the manner in which our society and our homeland solved the problems of women." ~ Fidel Castro, November 30, 1974 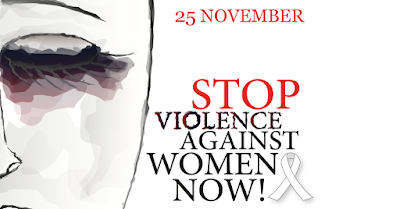 November 25th has been set aside as the International Day for the Elimination of Violence Against Women and the Castro regime is attempting to use the date to white wash its dismal record and ongoing institutionalized violence against women in Cuba. Unfortunately some international organizations and non governmental organizations have looked the other way and given the Cuban government a pass on its systematic and regular violence against women. Below is a partial listing of documented instances where agents of the Cuban dictatorship have engaged in violence against Cuban women arranged by the most recent dates on top with a focus on cases where they were trying to exercise their fundamental rights.

Lady in White Daisy Cuello Basulto denounced that her 21 year old daughter was arrested, violently stripped and forced to urinate in front of police officers in a police station in Cotorro. The 21 year old was arrested along with her mom and other family on September 27, 2015 while on their way to attend the Sunday march of the Ladies in White. In the police station "she was humiliated," although she refused to urinate in front of the agents, who constantly jeered at her, explained her mother in an interview with Radio República. The young woman was locked in a cell with a strong smell of hydrochloric acid and now suffers from a sore throat. "She has a fever and feels very bad," reported her mother.
Sirley Ávila León, an ex-delegate of the People’s Assembly (Poder Popular) of Majibacoa who joined the democratic opposition after trying to keep a school open in her community. Official channels ignored her requests and when she went to the international media she was removed from office. Following escalating acts of repression by state security the mother of two, Sirley Ávila León, age 56, was gravely wounded in a machete attack on May 24, 2015 at 3:00pm by Osmany Carrión who had been "sent by state security thugs" and that the aggression "was politically motivated." She suffered deep cuts to her neck and knees, lost her left hand and could still lose her right arm.

On September 20, 2013 human rights defender Yris Tamara Pérez Aguilera briefly described the abuse she had been subjected to by agents of Cuban state security earlier that same year to the 24th Session of the United Nations Human Rights Council in Geneva:


I have been the victim of several acts of aggression on the part of the Cuban authorities, especially by the agents Yuniel Monteagudo Reina and Eric Aquino Yera. They have beaten me into unconsciousness in the pavement, as took place most recently this past March 7 in Santa Clara. The hits to the head, neck, and back have caused me serious health problems that I have not been able to recover from. In addition to beating me, they have threatened me with death on various occasions, these agents have told me that they are going to rape me, and have shown their genitals during arbitrary arrests.

Marina Montes Piñón, a 60 year old woman and long time opposition activist, was beaten with a blunt object by regime agents on December 15, 2012 in Cuba. The end result, three deep wounds in the skull and a hematoma in the right eye. She needed nearly thirty stitches to patch up the wounds.

Berenice Héctor González, a 15-year old young woman, suffered a knife attack on November 4, 2012 for supporting the women's human rights movement, The Ladies in White. News of the attack only emerged a month later because State Security had threatened the mother that her daughter would suffer the consequences if she made the assault public.

Laura Inés Pollán Toledo, one of the founders of the Ladies in White in March of 2003 and its chief spokeswoman was widely admired inside of Cuba and internationally. She fell suddenly ill and died within a week on October 14, 2011 under suspicious circumstances that a Cuban medical doctor described as "painful, tragic and unnecessary." This took place within days of the Ladies in White declaring themselves a human rights organization dedicated to the freedom of all political prisoners, not just their loved ones.


On November 19, 1991 the Cuban poet Mariela Elena Cruz Varela, who peacefully dissented asking for nonviolent change, was assaulted by a mob organized by the dictatorship who tried to force feed the poet her own words. She wrote about the assault in her book, Dios en las cárceles cubanas (God in the Cuban jails): 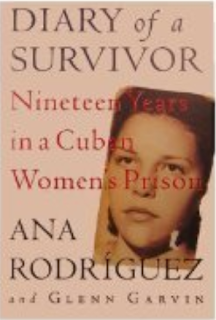 On February 26, 1961, Cuban state security agents arrested 23-year-old medical student Ana Lazara Rodriguez she had been distributing literature and speaking out against Fidel Castro as he assumed dictatorial powers in Cuba. She spent 19 years in the women's prison at Guanajay, located in Eastern Cuba, and was exiled to the United States on February 26, 1980. She was subjected to beatings, starvation, threats, hard labor, and solitary confinement for months at a time. Ana described in a 2007 interview with the Hudson Reporter how: "The men constantly beat us with their bayonets, and they would cram the cells so that we couldn't all fit," ... We used to take turns standing and sitting. Many women became ill because the conditions were so confined and there was a lack of oxygen. We were treated like animals."

Cuban attorneys Yaremis Flores and Laritza Diversent in their 2013 report to the Committee on the Elimination of Discrimination against Women (CEDAW) touch on the institutional nature of the violence upon women in Cuba by the Castro regime:

"The brutality of the police and state security agents, including women members of these bodies, against women dissidents, is supported by the state, which exemplifies the institutionalized violence as a means to repress women opposition activists. Arbitrary detention is one of the methods to prevent them from exercising their rights to speak, associate and demonstrate. In detention centers agents use violence, sexual assault and insults as means of repression. The cells enclosed in unsanitary and sometimes sanitary services have no privacy or are not appropriate for women, even having them share prison cells with men. In some cases, they forced to strip naked or forcibly stripped, obliging them to squat to see if they have items in their genitals and claims that have been reported that they have introduced a pen into the vagina, under the justification of seeking recording objects."

This is a partial and incomplete summary. The plight of women in Cuba over the past 56 years would fill a library, but it is important to recall that the above violence is promoted, coordinated and carried out by agents of the Castro regime.
Posted by John Suarez at 11:50 PM