President Barack Obama had good intentions with his outreach to Cuba, but was ill served by those who presented him a false history of U.S.-Cuba relations and the intentions of Cuba, led by a regime driven by an ideological mission that views the United States as existentially hostile. Below are some lessons from President Obama's detente with the Castro regime: : 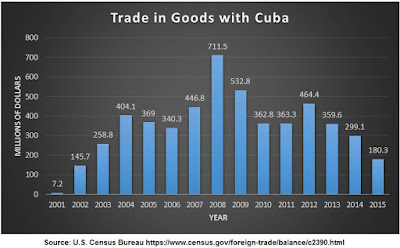 Cuba policy is now being reviewed, and there is always room for improvement, but one must also learn from the past and recognize the nature of the regime in Havana. There are scores of brain damaged U.S. diplomats that are apparent casualties of not doing this. Doing the wave with Raul Castro, a dictator who killed Americans, at a baseball game in March 2016 legitimized his dictatorship, but did not advance U.S. interests.