U.S. State Department lists Cuba as one of four state sponsors of terrorism in 2011 report 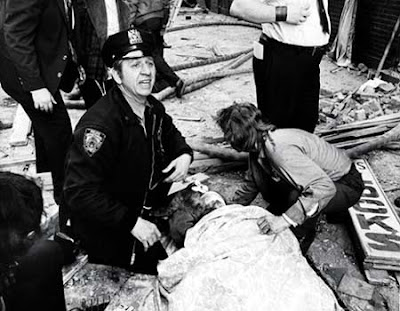 "If we decide to carry out terrorism, it is a sure thing we would be efficient. But the mere fact that the Cuban revolution has never implemented terrorism does not mean that we renounce it. We would like to issue this warning." - Fidel Castro, Address to the Ministry of the Interior (MININT) 1976


Today the U.S. State Department of the Barack Obama Administration released its Country Reports on Terrorism 2010. On chapter 3 titled State Sponsors of Terrorism it listed four countries: Cuba, Iran, Sudan and Syria. The State Department report also outlines on how a country gets on to this list:

In the case of Cuba there is a long pattern going back over a half century of sponsoring, training and even carrying out terrorist acts that are well documented. In addition, the Cuban intelligence service has been extremely skillful at recruiting CIA agents to engage in its propaganda exercises and spies to penetrate the Defense Intelligence Agency and the U.S. State Department. Not to mention agents of influence that repeat the regime's talking points to shape public opinion.

One of the most damaging was exposed in September of 2001 when top Defense Intelligence Agency analyst Ana Belen Montes was arrested for espionage. She had been spying for the Cuban dictatorship since 1985 and had prepared a military threat assessment of the Cuban regime in May of 1998 that said Cuba was no longer a threat. Montes first caught the attention of the counterintelligence service in her response to the shoot down. Scott W. Carmichael in his book True Believer described what happened.

First her role in facilitating a meeting with U.S. government representatives with retired U.S. Navy admiral Eugene Carroll on February 23, 1996 to relay recent threats by the regime and that provided Admiral Carroll a lot of television interview time on February 25 to place the Cuban government in a more favorable light and blame the victims of an act of state terrorism. Carmichael describes how they thought this was an "influence operation" - a covert attempt to influence public opinion. This could also be a coincidence except for two other minor but important details.

Ana Belen Montes was the senior intelligence expert on the Cuban military in the United States when the shoot down occurred she was called into the Pentagon to provide intelligence support. She received a personal call at the Pentagon in the midst of a crisis situation and announced that she would have to leave at 8:00pm and she did. Two rules at the Pentagon in the midst of a crisis: no personal calls and during the crisis you are suppose to stay at your post until your superior deems that you are no longer needed. Both these flags led to the investigation that uncovered a high ranking Cuban mole in the heart of the Pentagon.

Some of this may explain the failure of the current report, which cites the Cuban dictatorship's designation of a state sponsor of international terrorism in 1982, to detail the reasons behind that designation nor terrorist actions it has both planned, sponsored and committed since then.

Wikileaks leaked the February 27, 2009 cable below published in its entirety in El País that the US Interests Section in Havana has evidence that Cuba continues to be a safe haven for terrorists.

Here are the facts that led to the 1982 state sponsor of terrorism designation:

On March 1, 1982 the Cuban dictatorship was placed on the list of state sponsors of terrorism. less than three months after the US State Department confirmed that the Castro regime was using a narcotics ring to funnel both arms and cash to the Colombian M19 terrorist group then battling to overthrow Colombia’s democratic government.

The regime in power in Cuba is also linked to numerous international terrorist organizations and of publishing manuals with chapters on how to be an effective terrorist. Finally terrorists that have engaged in terrorism in the United States have been supported, trained and harbored by the Cuban government and still are today. According to Major David E. Smith USMC in his 1995 paper "The Training of Terrorist Organizations":

Although terrorism originated centuries ago, modern international terrorism orchestrated by the Soviet Union arguably began at the Tricontinental Conference conceived by Moscow and conducted in Havana, Cuba during January l966.[13] The purpose of the conference was to devise a "global revolutionary strategy to counter the global strategy of American imperialism."[14] It resulted in the creation of an African, Asian, and Latin American Solidarity Organization based in Havana. 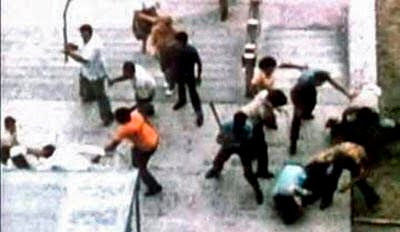 Act of Repudiation carried out in Cuba

It is also ironic that on the day the report was made public, on August 18, 2011 that approximately 47 Cuban women following a literary tea in Havana, Cuba as they took to the streets to march silently were assaulted and beaten by agents of the government. In an effort to terrorize these women and any bystanders from engaging in the exercise of fundamental rights and freedoms recognized around the world. The FBI's counter-terrorism division defines terrorism as “the unlawful use of force and violence against persons or property to intimidate or coerce a government, the civilian population, or any segment thereof, in furtherance of political or social objectives” Under this definition organizing mobs to physically brutalize women with goal of intimidating and coercing them from peacefully demonstrating would constitute terrorism.