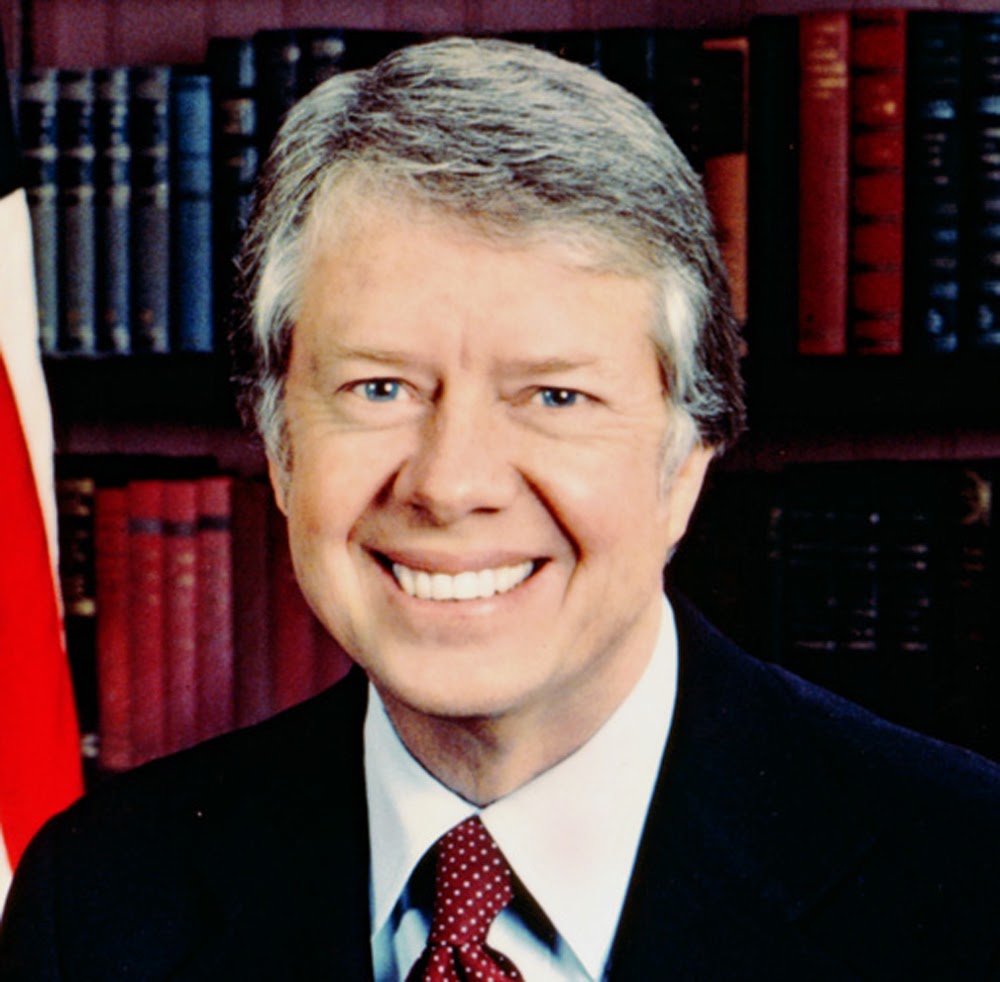 Frank Mora the director for the Latin American and Caribbean Center (LACC) at Florida International University and a former Pentagon official gave a presentation yesterday at the Heritage Freedom Forum in which he sought to portray the current Obama U.S. policy on Cuba as inspired by Ronald Reagan and the F.A. Hayek and Milton Friedman school of thought as betting on freedom. However his argument was rebutted by panelists both to his left and right ideologically.

The LACC director repeated the claim, first made by President Obama, that the previous U.S. policy on Cuba had been unchanged for 50 years and that this new policy is the most far reaching engagement by any other administration. When challenged that both the Carter and Clinton administrations had carried out engagement policies, he minimized them.

President Obama's policy on Cuba and even his strategy for handling its implementation domestically is ripped out of President Carter's playbook into what amounts to a political act of plagiarism. Although not to the literal level taken under non-Cuba related circumstances by Vice President Joe Biden and a little more timid.

Former President Carter in an interview with Robert Fulghum on December 19, 1996 quoted on page 310 of the book Conversations with Carter said: "When I had only been in office two months in 1977, I opened up all travel for American citizens to go to Cuba and vice versa. And we opened up an entry section, which is just one step short of a full embassy in both Havana and Washington. And those offices, by the way, are still open."

Within the Carter administration there were from the beginning low expectations on the limits of what normalizing relations would achieve. The Secretary of the Treasury, W. Micheal Blumenthal, in a August 12, 1977 memorandum to the president titled "Subject: Next Steps on Normalization of U.S. Cuba Relations" addressed Castro regime priorities and the tendency to "overestimate" US leverage:


"I do not believe that our lifting the trade embargo completely, let alone relaxing it partially, would be sufficient to deflect Cuba from pursuits which it considers central to its own national interests, presumably including its involvement in Africa."

Also on August 12, 1977, U.S. Senator Frank Church sent a memorandum to President Carter detailing the conversation he had with Fidel Castro and resulting U.S. policy recommendations for Cuba which included: relaxing restrictions on financial transactions with Cuba in order to make it easier for a tourist to pay a hotel bill. Meeting with Fidel Castro during the United Nations General Assembly later that fall (Clinton would shake hands with Fidel Castro there in 2000). Look for ways to cooperate on controlling the international drug traffic. Explore ways to ease the embargo on trade.

Robert A. Pastor, of The Carter Center in July 1992 in the report "The Carter Administration and Latin America: A Test of Principle" summed the outcome of the Carter policy on Cuba:


In November 1977 there were 400 Cuban military advisers in Ethiopia; by April 1978 there were 17,000 Cuban troops there serving under a Soviet general. The line had been crossed. Carter's hopes for a major improvement in relations with Cuba were dashed, and he said so publicly: "There is no possibility that we would see any substantial improvement in our relationship with Cuba as long as he's [Castro] committed to this military intrusion policy in the internal affairs of African people.


"Rhetoric aside, Castro might have thought he could change Carter's mind on normalization if he changed his policy on political prisoners. In the summer of 1978, Castro informed U.S. officials that he was prepared to release as many as 3,900 political prisoners to the United States. (He released about 3,600; 1,000 immigrated to the United States.) During the next year he also released all U.S. prisoners - both political and criminal - and people with dual citizenship. This represented a reversal from a position he had taken in an interview with Barbara Walters one year before. Castro also tried to do the impossible: to transform the Cuban-American community from his enemy to his lobbyist. He invited a group to Havana in November 1978 and left them believing they had persuaded him to release the prisoners."

Concretely in addition to opening up the interests sections in Havana and Washington D.C. and ending the travel ban the negotiations between the Carter administration and the Castro regime, according to Pastor achieved some additional concrete agreements:


"The U.S. Coast Guard and its Cuban counterpart coordinated their search-and-rescue and anti-drug efforts, and Cuba lifted its 17-year ban on the use of Cuban water and air space by the U.S. Coast Guard. 46 But Cuba's military cooperation with the U.S.S.R. in Africa was an insurmountable obstacle to normalization, and as it expanded, it also began to affect American relations with the Soviet Union."

At the same time as this process was underway the Castro regime also played a crucial role in the Sandinista victory in Nicaragua while the Carter Administration imposed sanctions on the Somoza regime when it refused to pursue democratic reforms. According to Robert Pastor:


Somoza pretended the sanctions had no effect on him. He doubled the size of the National Guard and evidently believed he was secure. However, by May 1979, with Cuban President Fidel Castro's help, the three Sandinista factions had united and established a secure and ample arms flow from Cuba through Panama and Costa Rica. The United States tried to end all arms transfers to both sides. It urged Torrijos and Costa Rican President Rodrigo Carazo to cooperate; both pretended not to be involved. Public opinion in both countries viewed Somoza as the threat to their nations' security and the Sandinistas as the solution to the crisis. The United States did not know the magnitude of the arms flows nor did it have conclusive evidence of the involvement of Costa Rica, Panama, or Cuba.

Towards the end of the Carter Administration the discovery of a Soviet ground forces brigade operating on Cuban territory and the ineptness in handling the Mariel boatlift crisis spelled not only the end of the policy but was also a contributing factor to the defeat of President Carter during his 1980 re-election bid. On March 1, 1982 the Castro regime was placed on the list of state sponsors of terrorism. less than three months after the US State Department confirmed that the Castro regime was using a narcotics ring to funnel both arms and cash to the Colombian M19 terrorist group then battling to overthrow Colombia’s democratic government.

The Cuba policy set out by President Carter in the 1970s was proven a disaster at the time. Repeating it again now does not bode well for the future. Ronald Reagan entered the White House in 1981 and re-imposed the travel ban, toughened economic sanctions and in 1982 placed the Castro regime on the list of state sponsors of terrorism.
Posted by John Suarez at 6:59 PM